Nude on the Moon – A Classic Ottawa Premiere of AGFA’s restoration of the 1961 nudie-cutie, fresh off of its premiere at the Museum of Modern Art in New York City!

Hastrman, and Winter Flies – A pair of films presented by the Embassy of the Czech Republic! 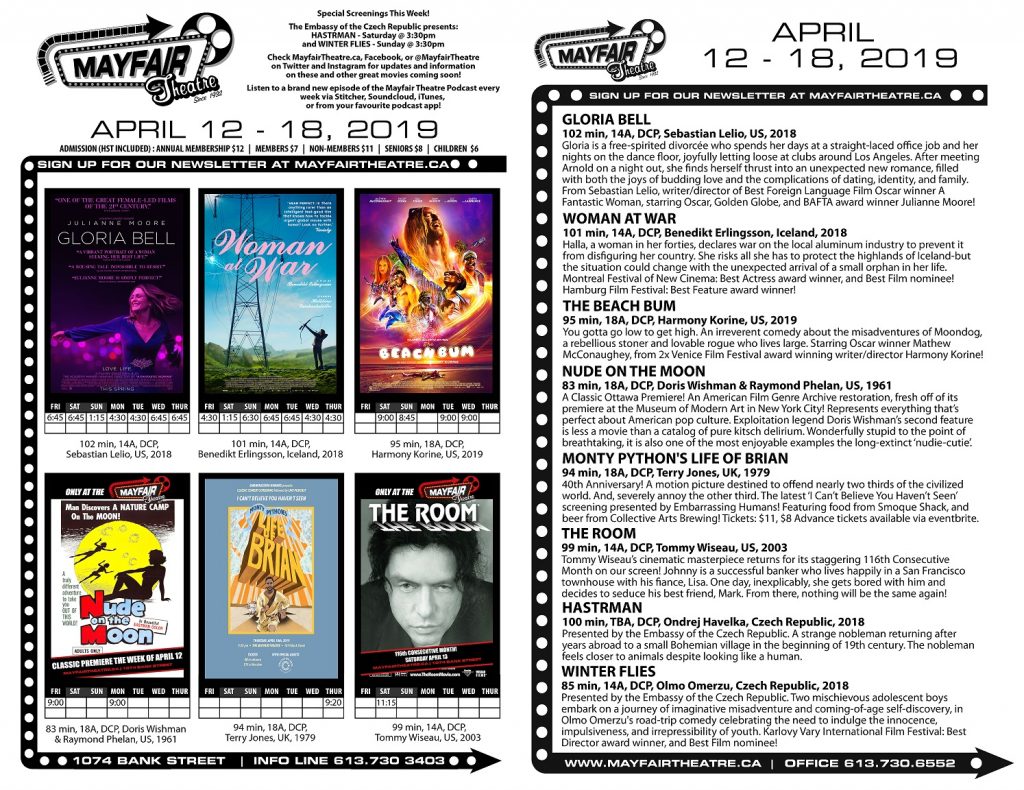