Last Of The Right Whales – “With its stunning cinematography, Pequeneza’s film turns this fight for survival into a powerfully immersive viewing experience” (Kingston Canadian Film Festival)
“a vital and important call to action.” (National Post)

Red Rocket – Deauville Film Festival: Critics Award, Jury Award winner!
4/4 Stars! “one of the crowning achievements of 2021…not just fascinating, but wildly entertaining as well…Simon Rex is an absolute force of nature…Don’t you dare miss it!” (Awards Radar)

The Guide – Ukrainian Film Festival – Presented in association with the Embassy of Ukraine.
The Ambassador of Ukraine to Canada, Yulia Kovaliv, will be on hand to introduce the movie on Friday April 8.

Reel Rock 16 – Ottawa Premiere!
Sharing the biggest stories from the world of climbing, celebrating the human side behind the sport’s greatest adventures and achievements.

Moving Day – Ottawa Premiere presented by The Existence Project! This documentary tells the story of the people who were left outside – quite literally – during a global pandemic, the community that came together, and the day that could pull them apart. 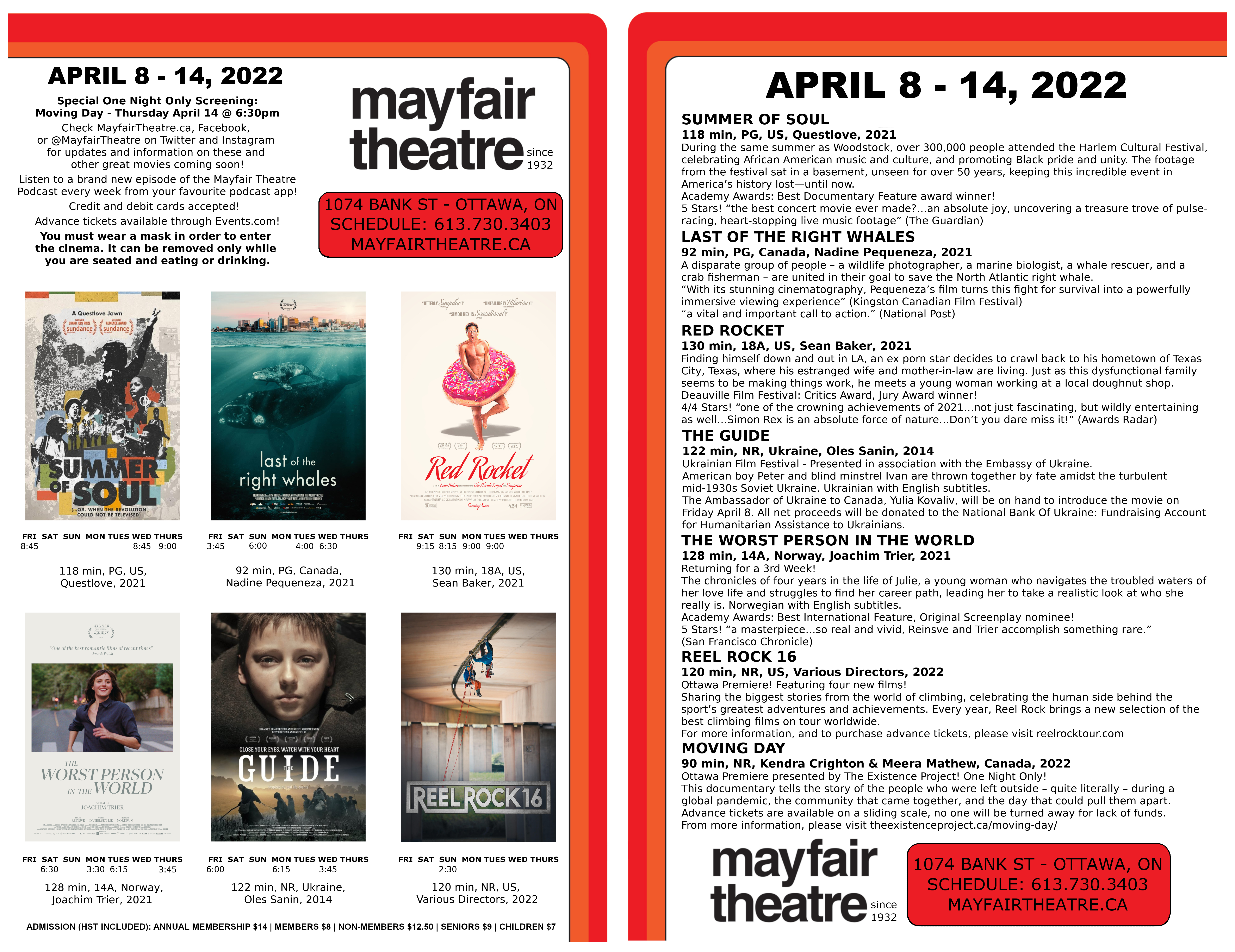 What are the dates and titles of the other movies to be screened as part of the Ukrainian Film Festival? I edit a calendar of Ukrainian interest events and would like to get the word out about this festival.

When you don’t see listings for a movie, that means we don’t know them yet.
As listed here on the website, we know that the next three films in the fest are the weeks of Friday April 15, 22, and 29.
Usually specific times and dates are finalized on every Monday for the following Friday to Thursday.
So, stay tuned for updates!