-Hallelujah: Leonard Cohen, A Journey, A Song- Encore Screenings!
“my favorite doc of the year” (The Weekend Warrior)
“a great documentary” (Fantastica)
“A rousing portrait of the power of expression” (RogerEbert.com)

-Mrs. Harris Goes To Paris- 4/4 Stars! “the film is so delicious…my advice is suspend all disbelief, throw logic to the wind, and just enjoy it for the entertainment value it provides.” (Observer)
5 Stars! “a delightful movie, with a heartwarming story” (World)

-Saturday Night Sinema- Dig it! We’re back with a dose of dangerous, disreputable, not-in-distribution, secret midnight cinema on August 13. Free Late Late Movie for Members Only!

-Peaks And Valleys- Ottawa Premiere!
A documentary brought to life by original art, animation, and photography, following the directors as they navigate the highs and lows of Type 1 Diabetes and the Vancouver Island Mountain Range.

-Vertigo- 5 Stars! “regarded by many Hitchcock admirers as his most accomplished film. It is certainly his most forlorn, and easily his most mesmerizing.” (San Francisco Chronicle)
5 Stars! “Hitchcock’s masterpiece” (Guardian)

-Obsession- “De Palma displays his mastery of the thriller with Obsession and it comes highly recommended…It is, frankly, awesome.” (Cinapse)
“Obsession is one of the greatest ‘70s movies” (New York Post) 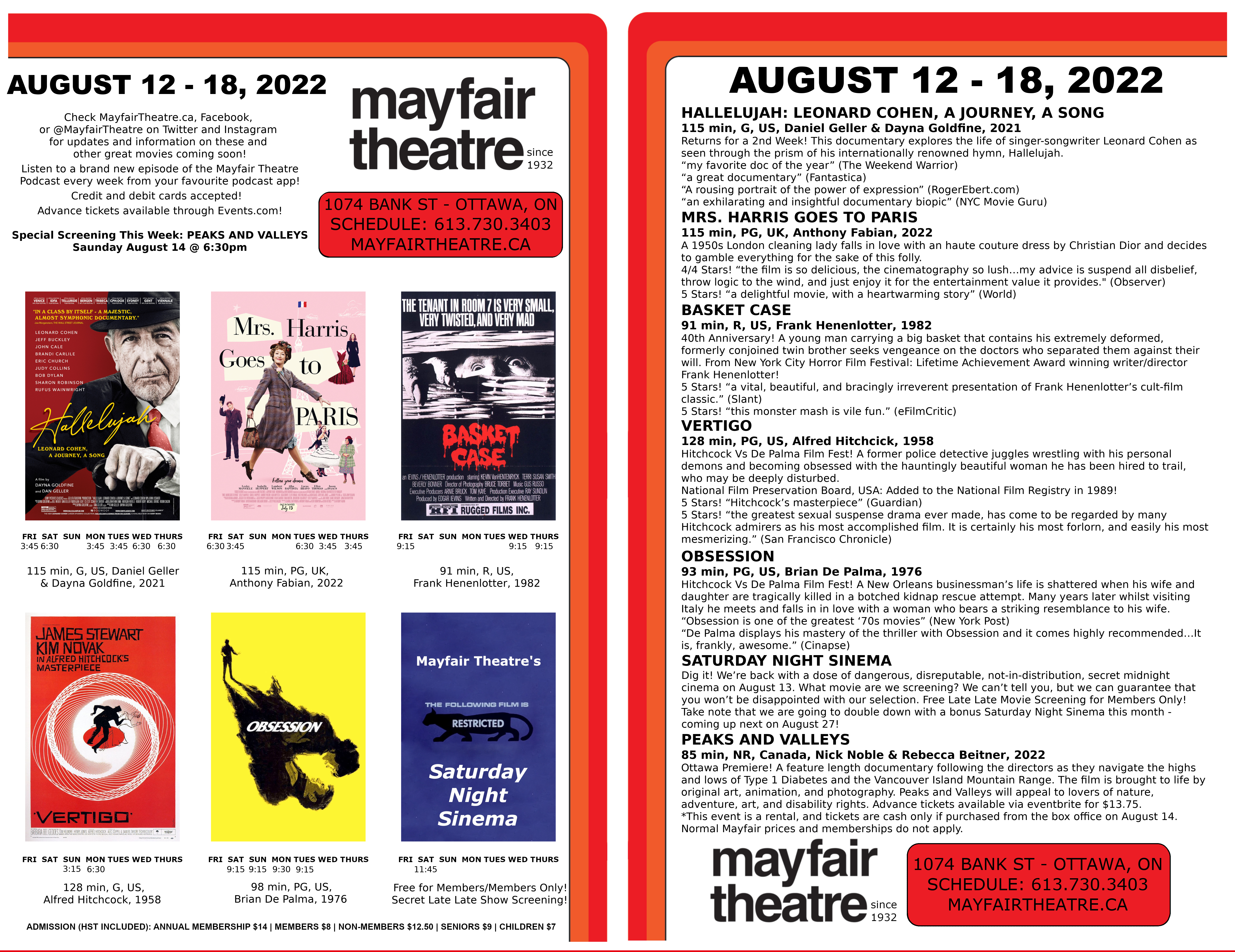