PS, re: Fliers!
It looks like the small weekly flier that we get printed up for the cinema may be going the same way as the monthly programs once did.
I remember doing the deliveries back in the day, and eventually noticing that the stack from the previous month that were left in various locations would be completely untouched.
Since our return, I don’t think we’ve had more then a dozen or so fliers get taken away every week.
I even noticed giant stacks of paper leftovers in the before times, when we had many more patrons visiting (since our cap is 50 visitors per screening at the moment).

More and more people just make use of our website, email newsletter, or social media to get our showtimes.

So, we’ll still print up a few in-house, for those handful of patrons who are visiting to watch a movie, and want to bring one home. And, you can print one up for yourself as well. Below you’ll find the latest upcoming schedule. Along with the front and back as separate images, in case you feel like getting fancy and printing up a double sided copy for yourself.  🙂 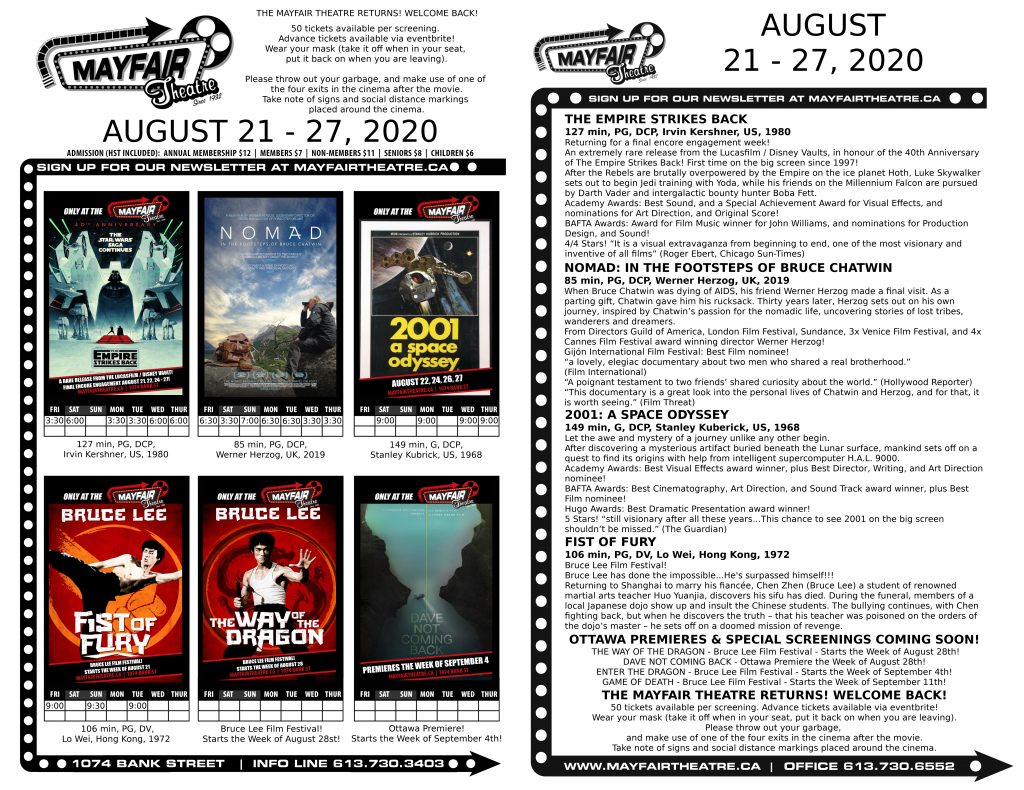 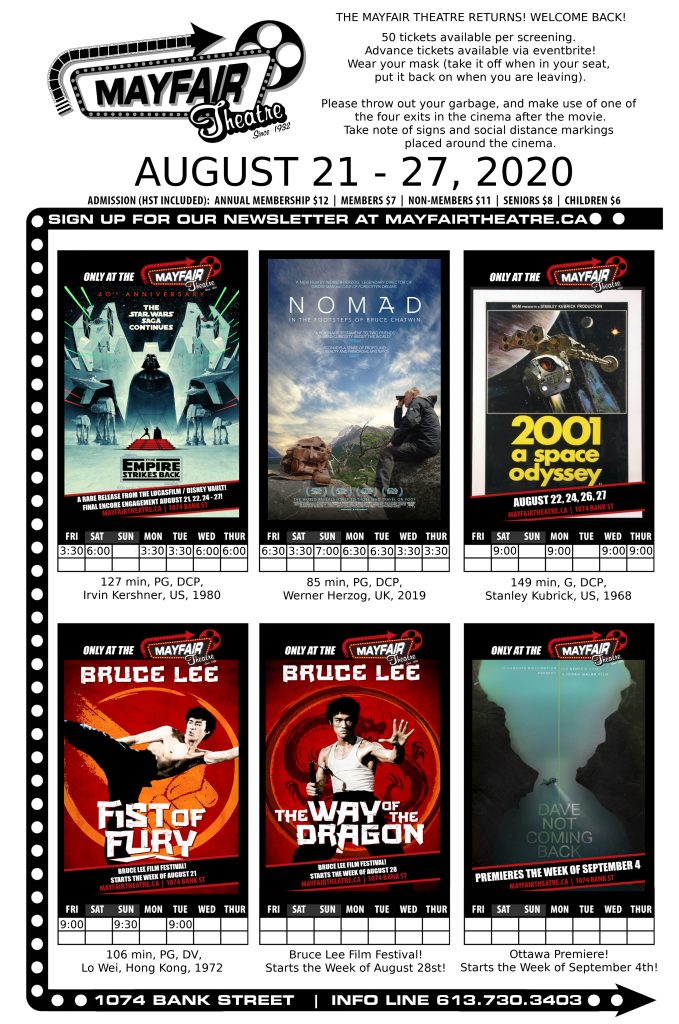 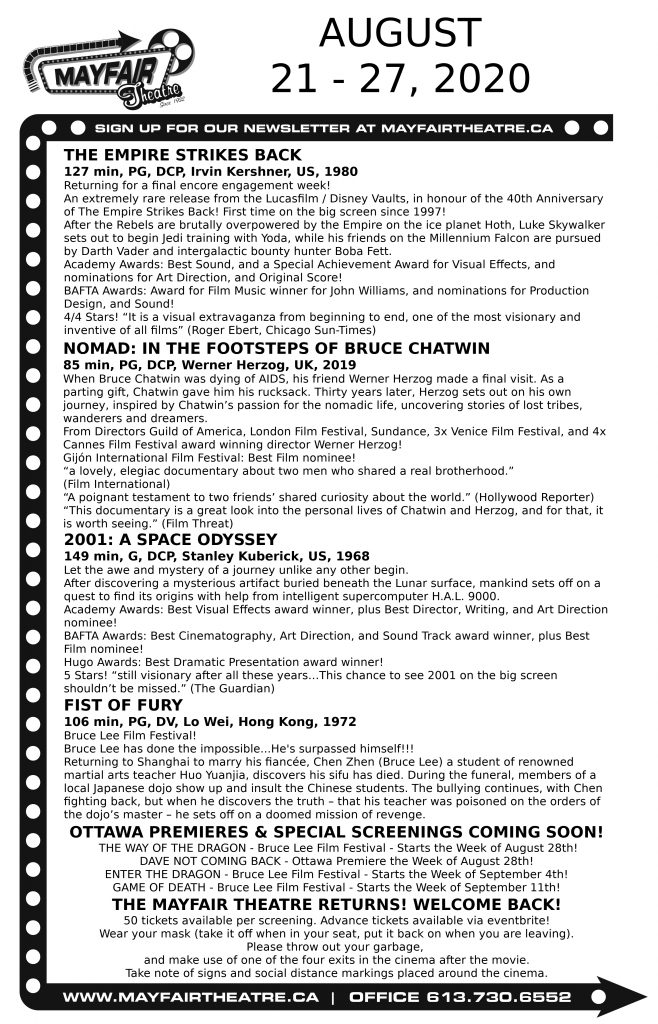