-The Green Knight- 10/10! “Absolutely one of the best movies of the entire year; this is one we’re going to be hearing about when the awards season rolls around.” (Bleeding Cool)

-Creepshow- 5 Stars! “Well before comic book movies became a pop culture craze that has dominated the box office, George Romero was capturing that feel on film in service to a glorious homage to horror’s comic book roots.” (Fanboy Nation)

-Saturday Night Sinema- We’re back with a dose of dangerous, disreputable, not-in-distribution, secret cinema. What are we screening? We can’t tell, but we can guarantee that you won’t be disappointed with our Free for Members/Members Only selection. 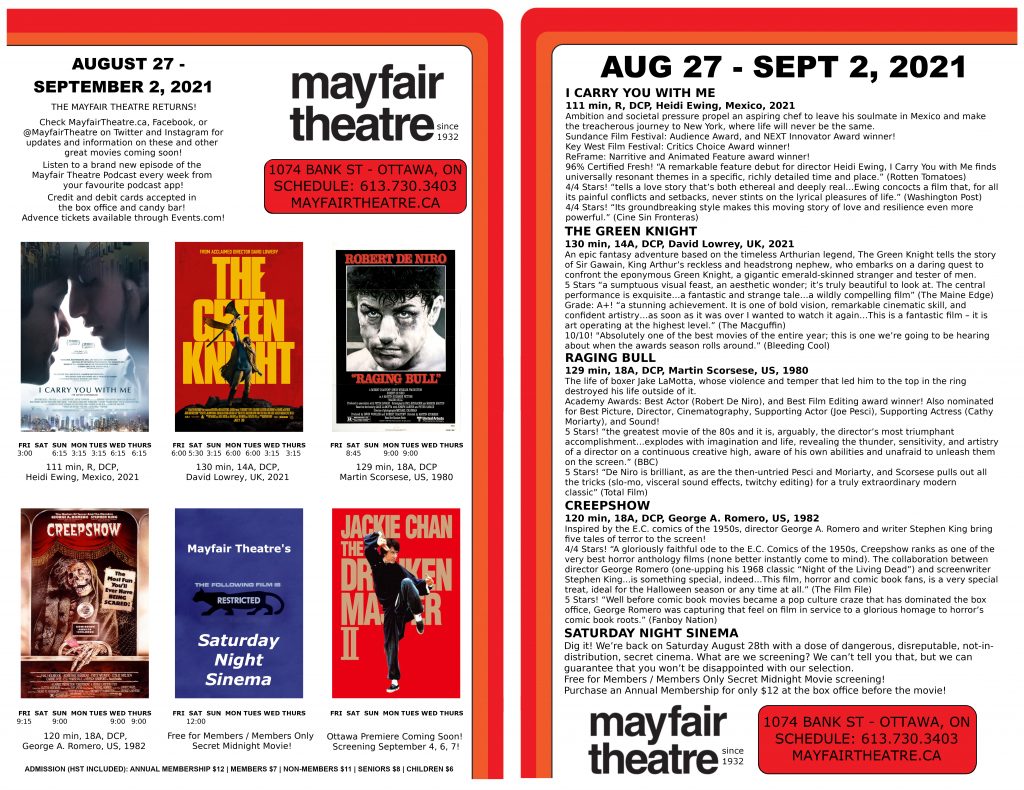