The Great Green Wall – “An unforgettable, beautiful exploration of a modern marvel of ecological restoration, and so much more than a passive source of information, The Great Green Wall is a powerful call to take action and help reshape the world.” (VIFF)

The Burnt Orange Heresy – “will have you on the edge of your seat to the end…a tremendous feature that will excite both sides of the brain.” (Film Threat)
“a thriller of delectable surface pleasures…Debicki and Bang share beaker-burbling chemistry” (AV Club)

Saturday Night Sinema – A Free Screening for Members Only!
A midnight edition dose of dangerous, disreputable, not-in-distribution, top secret cinema. What are we screening? We can’t tell you that, but we can guarantee that you won’t be disappointed! 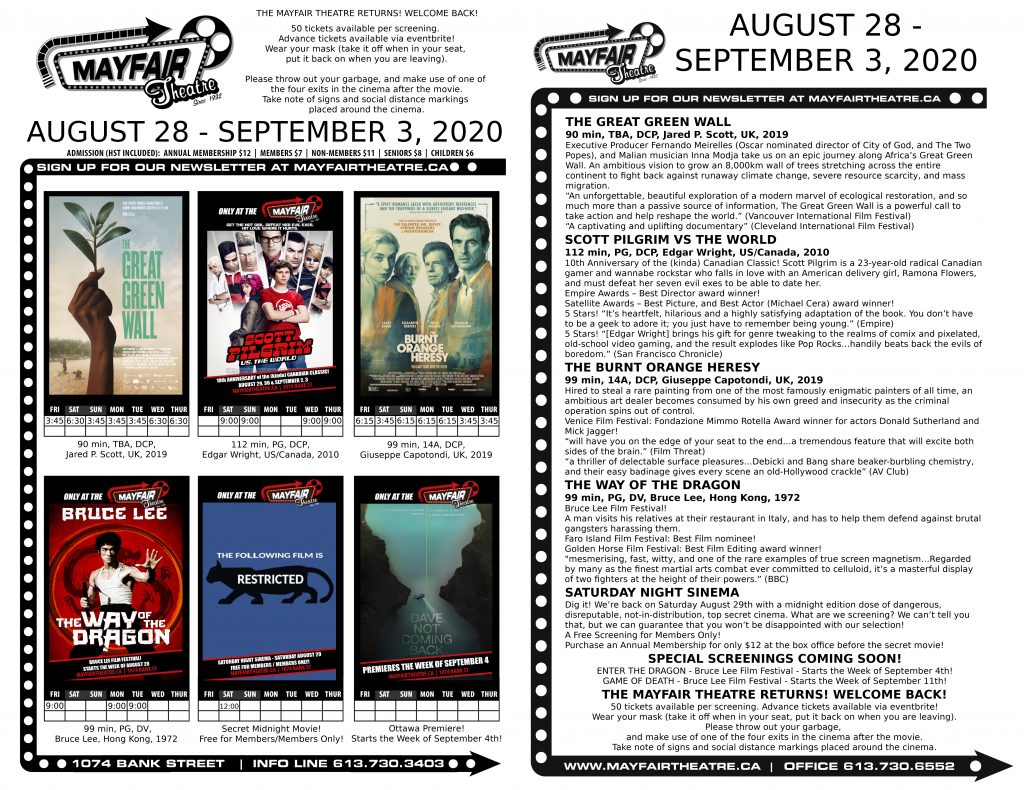