-Downton Abbey: A New Era- Encore Week!
“Clever dialogues and funny scenes, all gratifying to watch…A must-see for Downton fans, and a fantastic prompt for those who have never watched the TV series” (Ripple Effects)

-Fire Of Love- 99% Certified Fresh! “Whether as a story of one couple’s quixotic quest or simply a stunning collection of nature footage, Fire of Love burns bright.” (Rotten Tomatoes)
5 Stars! “one of the best films of 2022” (San Francisco Chronicle)

-She-Devils On Wheels- “filthy, grimy, messy and completely wonderful…I wasn’t sure how much more I could love this movie, but this release exponentially increased my ardor…this movie has my highest possible recommendation.” (Bands About Movies) 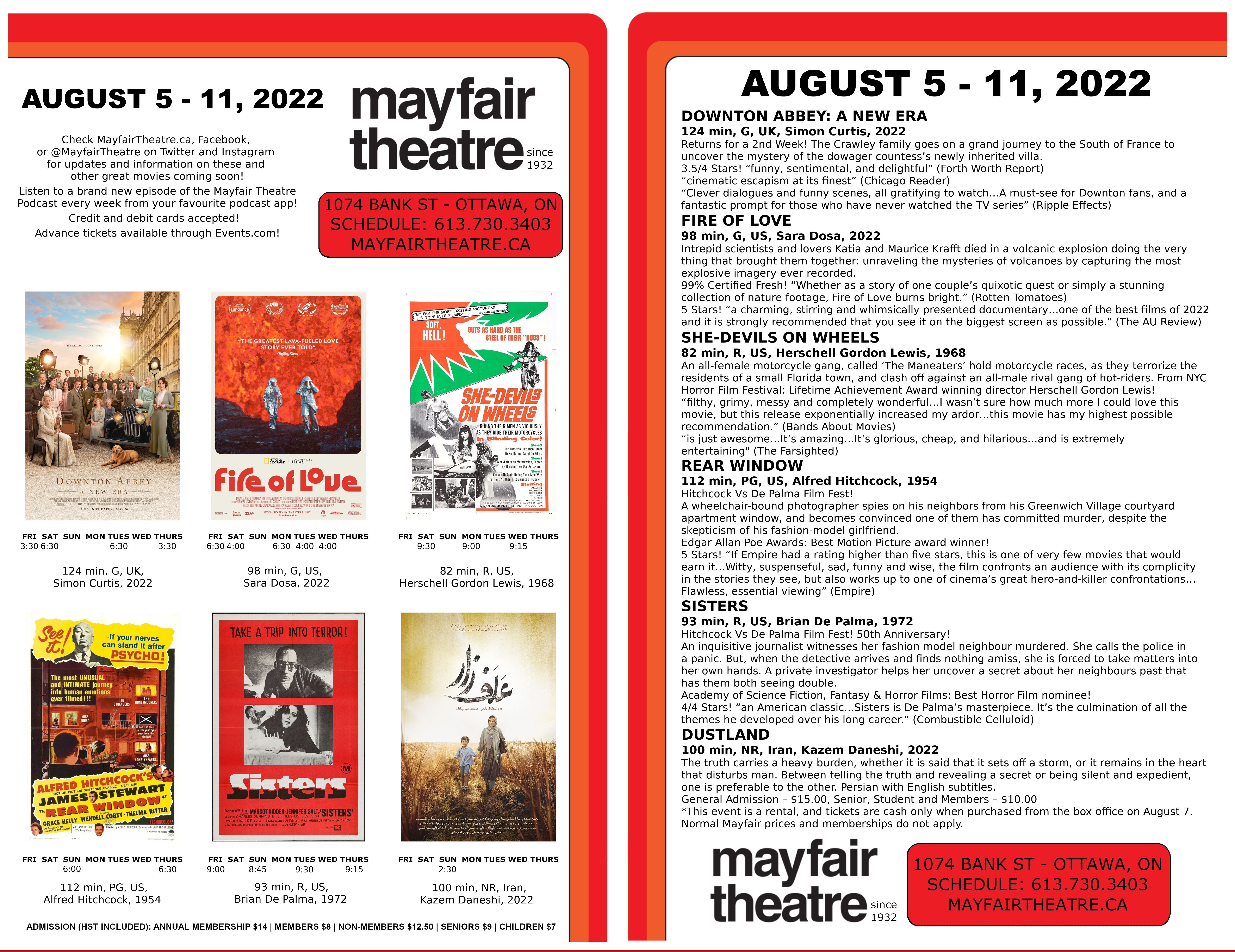