-Die Hard- Your favourite Holiday Season movie tradition at the Mayfair escapes from the Disney Vaults one more time!

5 Stars! “the script & cast are pretty much flawless. The very pinnacle of the ’80s action movie, & if it’s not the greatest action movie ever made, then it’s damn close.” (Empire)

-Tenet- 2nd Week! 5 Stars! “A monumental big-screen spectacle…perfectly exemplifies what makes the cinema experience – in all its heart-stopping grandeur – quite so special…this is an all-too-rare example of a master filmmaker putting everything on the table…exactly the film cinemas need right now” (Total Film)

-The Warriors- Walter Hill’s 1979 cult classic!
5 Stars! “Visually stunning and emotionally gripping, The Warriors is a classic” (eFilmCritic) 4/4 Stars! “One of the great cult films of all time…the movie is a thrill-a-minute, and there are no bad scenes” (Combustible Celluloid) 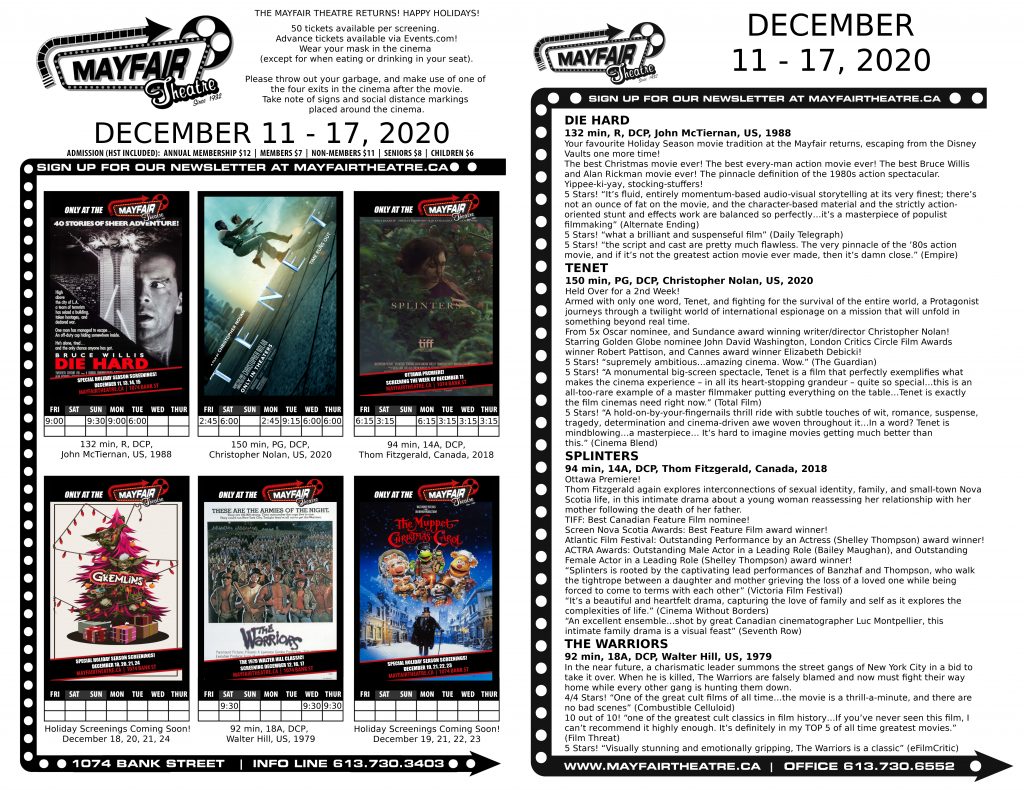