Die Hard – 30th Anniversary screening! Possibly the last time you’ll get to see the greatest Christmas movie of all time, before it gets locked away in the Disney Vault forever!

Dial Code Santa Claus – Ottawa Premiere! Thomas is a typical 1980’s kid. While mom’s at the office on Christmas Eve, he and his grandfather are left home alone – perfect timing for a bloodthirsty Santa to raid the home down the chimney. But, Hell hath no fury like a ten-year-old with an arsenal of toys!

The Rocky Horror Picture Show – Let’s do the Time Warp again with Ottawa’s one and only Absent Friends Shadow Cast! Dance in the aisles with the sensational Transylvanians that will be acting out what happens in the greatest cult classic movie of all time! Tickets: $15 non-members / $10 members

Plus, special rental screenings of Beyond Crisis, Sheeple, and Saturday Night Fever! 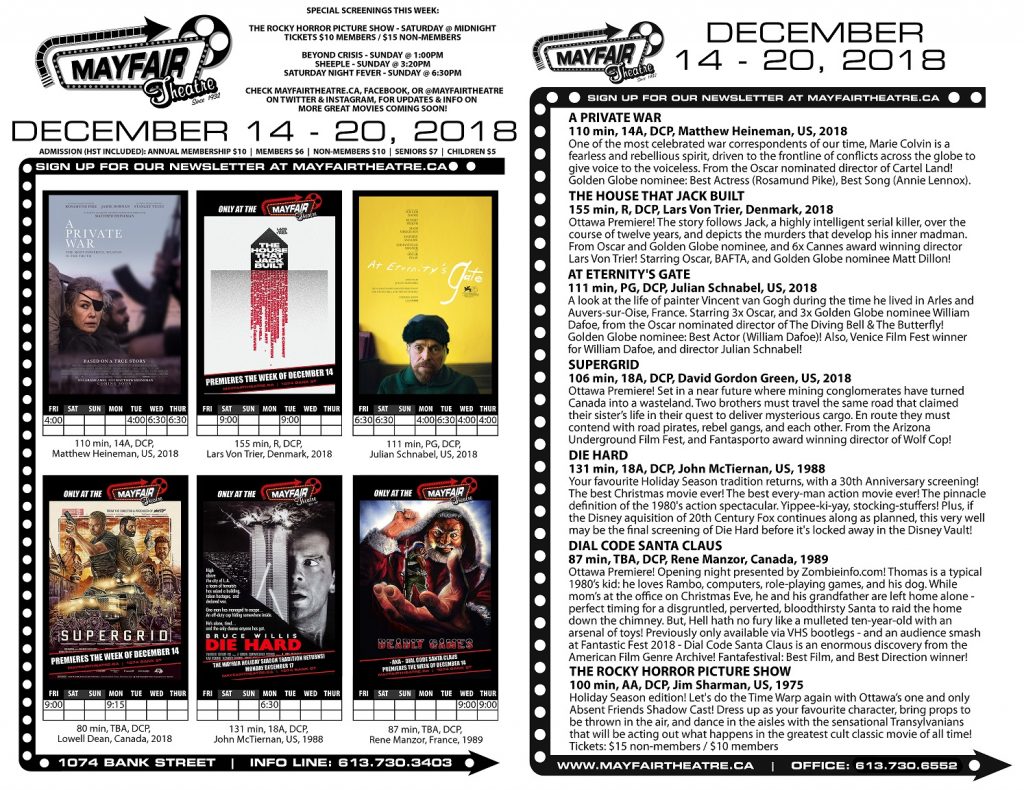