-The French Dispatch- 5 Stars! “Utterly exquisite and deceptively complex” (Independent UK) Grade A! “Anderson exhibits a vibrancy unparalleled by most working filmmakers and establishes The French Dispatch as the gold standard for narrative filmmaking in 2021.” (Asheville Movies)

-The Outsiders: The Complete Novel- Ottawa Premiere of the Director’s Cut 4K Restoration! 5 Stars! “a movie with the heartfelt old-fashioned urgency of a Hollywood film from much further back” (The Guardian) “may rival Blade Runner as the film most improved by a director’s cut…The film itself is outstanding” (Variety)

Plus, for the Holiday Season:

-It’s A Wonderful Life- 4/4 Stars! “What is remarkable about It’s a Wonderful Life is how well it holds up over the years; it’s one of those ageless movies” (Roger Ebert) 5 Stars! “A genuine American classic.” (The Guardian) 4/4 Stars! “The most well-loved of all Christmas movies.” (Chicago Tribune)

-Scrooged- 5 Stars! “is arguably the best adaptation of Charles Dickens’ A Christmas Carol…Part of the reason for Scrooged’s staying power is the stellar writing…along with a host of magical performances, that keep Scrooged in an iconic place in Christmas-inspired visual media.” (Black Girl Nerds)

-Miracle On Bank Street 4- The Mortimer-Lind-Tansley-Deek Family Band returns to kick the festive season into overdrive. An evening of live music, featuring seasonal selections and other ditties. All proceeds will support Motionball for the Special Olympics Canada Foundation, and the Gord Downie Chanie Wenjack Fund. 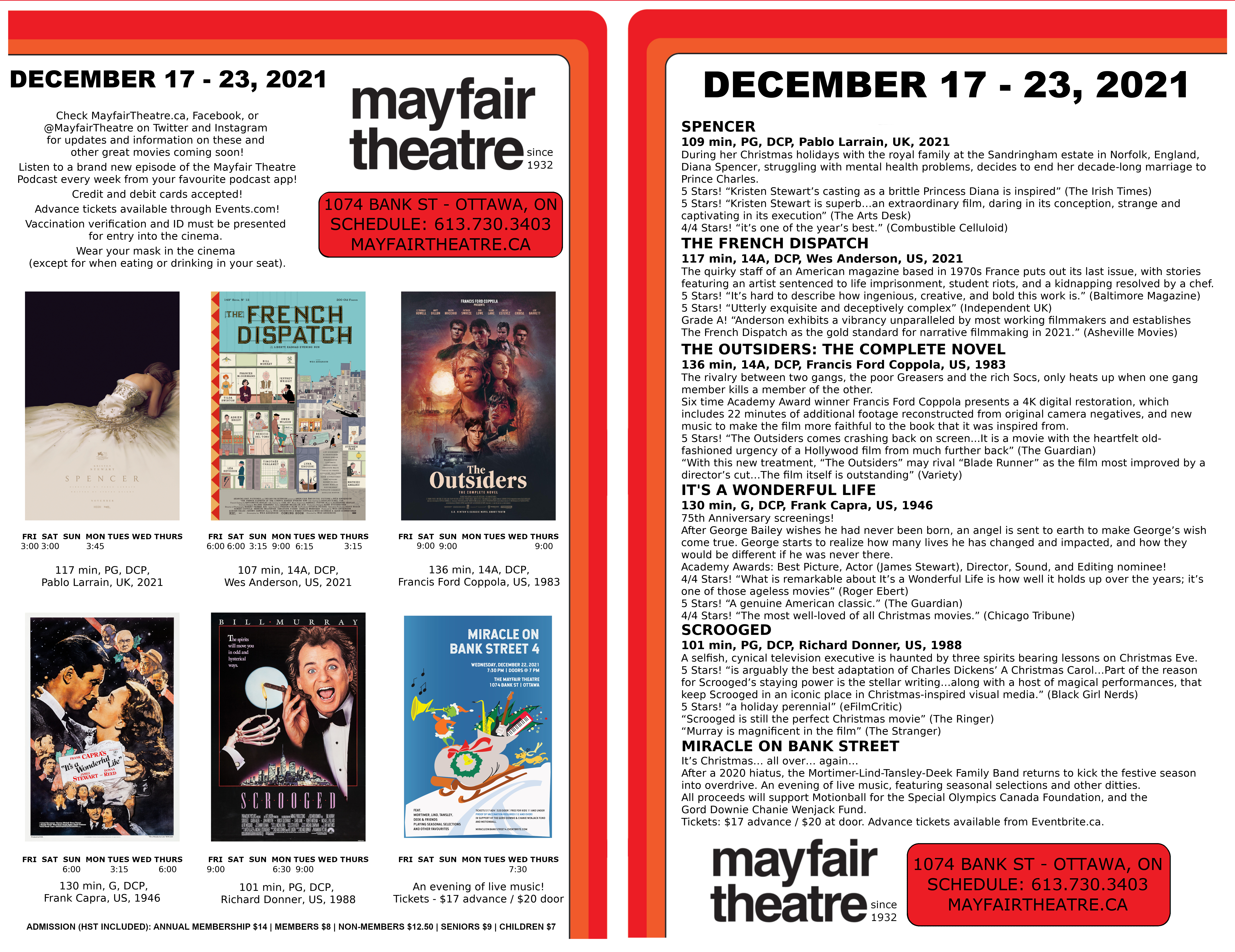