Die Hard – Your favourite Holiday Season tradition at the Mayfair returns (possibly for the last time!), with the added bonus of it being a Collective Arts / Smoque Shack Movie Night!

Ip Man 4: The Finale – Preview Screening! Ottawa Premiere! From the action visionary behind Kill Bill and The Matrix, witness the heroic sendoff to the saga that inspired a new wave of martial arts movie fans!

Miracle on Bank Street 3 – Kick the festive season into overdrive with a Live Event featuring an evening of seasonal selections, Canadiana favourites, and other ditties! Advance tix: $16 / $20 at the door 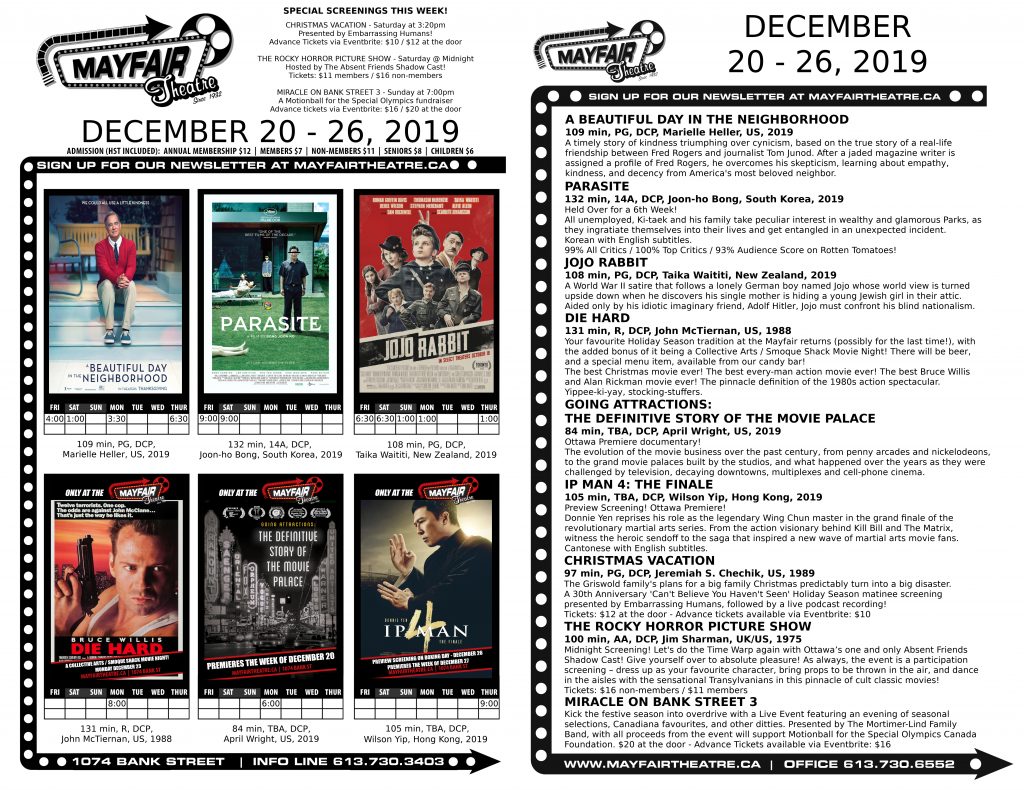