-I Am Greta- 5 Stars! “straightforward yet utterly compelling documentary invites us into the life of a remarkable teenager who is sure to accomplish even more remarkable things in the years to come.” (Radio Times)

-Boogie Nights- London Critics Circle Film Awards: Film of the Year award winner! 4/4 Stars! “an epic of the low road, a classic Hollywood story set in the shadows instead of the spotlights” (Roger Ebert)

-Sound Of Metal- Rating: A+! “an engrossing deeply affecting, meticulously crafted movie…is easily one of the best performances of the year. The film is studded with terrific performances…a solid and and absorbing character study.” (Original Cin)

-Pee-Wee’s Big Adventure- 4/4 Stars! “a purely creative movie that one must admit has no equal in cinema history…a brilliant comic performance…delivers non-stop hilarity…Topping it all is what may be the finest comedy score ever written” (Groucho Reviews)

-E.T. The Extra Terrestrial- 5 Stars! “From the pitch-perfect characterization to John Williams’ soaring score to the magical effects, it’s every bit as good as you remember.” (Total Film) 5 Stars! “a soulful mix of fairytale and fable” (BBC) 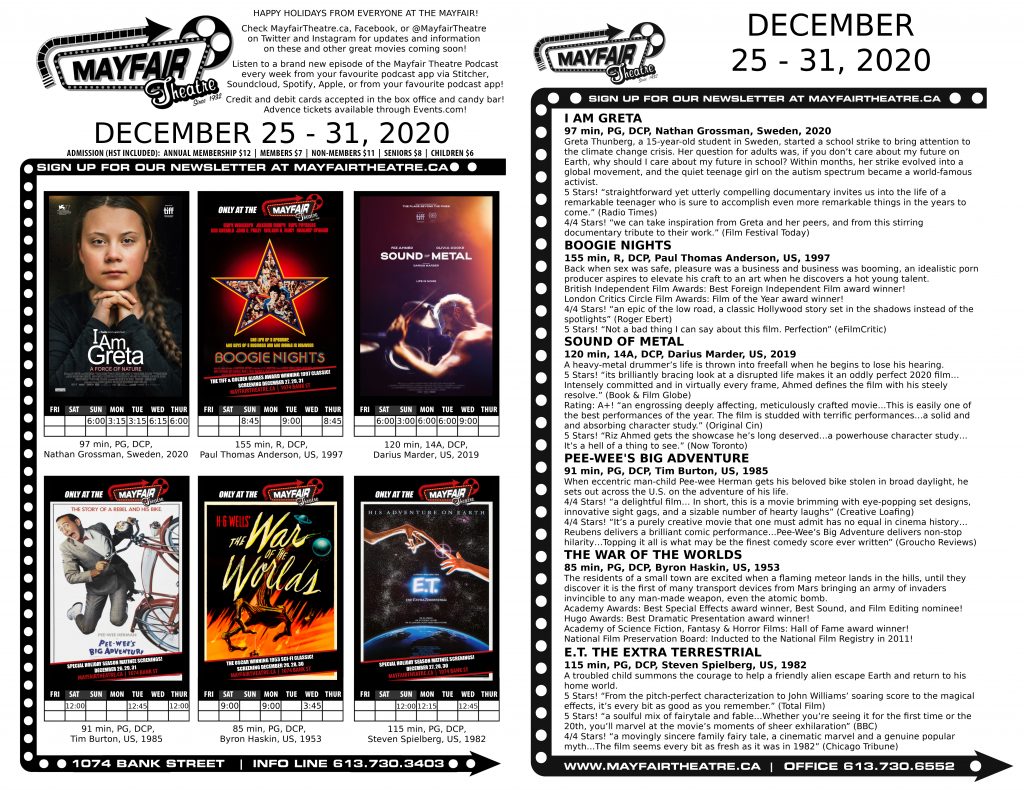