Nothing Like A Dame – Held Over for a 2nd Week! Legendary acting greats (& Dames) Eileen Atkins, Judi Dench, Joan Plowright & Maggie Smith discuss their careers & reminisce about their humble beginnings in the theatre.

Widows – Four women with nothing in common except a debt left behind by their dead husbands’ criminal activities, conspire to forge a future on their own terms. From the Oscar, Cannes, TIFF, & BAFTA award winning director of 12 Years A Slave!

Teen Titans Go! To The Movies – A villain’s maniacal plan for world domination sidetracks five teen superheroes who dream of Hollywood stardom. From the creators of the acclaimed & beloved tv series! Featuring Nicolas Cage as Superman!

Saturday Night Sinema – Dig it! We’re back with a Holiday Season dose of dangerous, disreputable, not-in-distribution cinema. What are we showing? We can’t tell you that, but we can guarantee you won’t be disappointed with our selection! 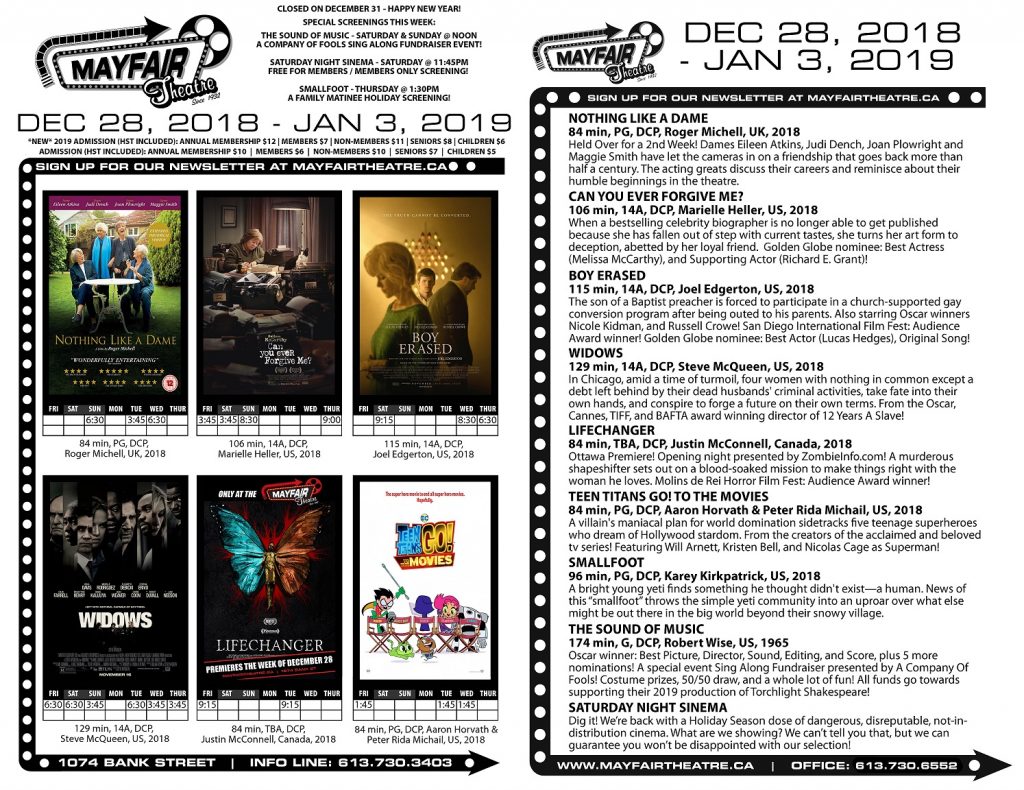