-She Said- 5 Stars! “a cinematic earthquake. Audiences will be moved by She Said’s powerful storytelling, focused tenacity, and the courage of the women who went on the record to help topple a monster…an essential and fulfilling watch” (Common Sense Media)

-UHF- 4/4 Stars! “UHF remains an incredibly funny and immensely likable movie…UHF is about as good as it gets when it comes to silly comedies.” (Reel Film Reviews)
“UHF is funny as hell” (Reel Reviews) 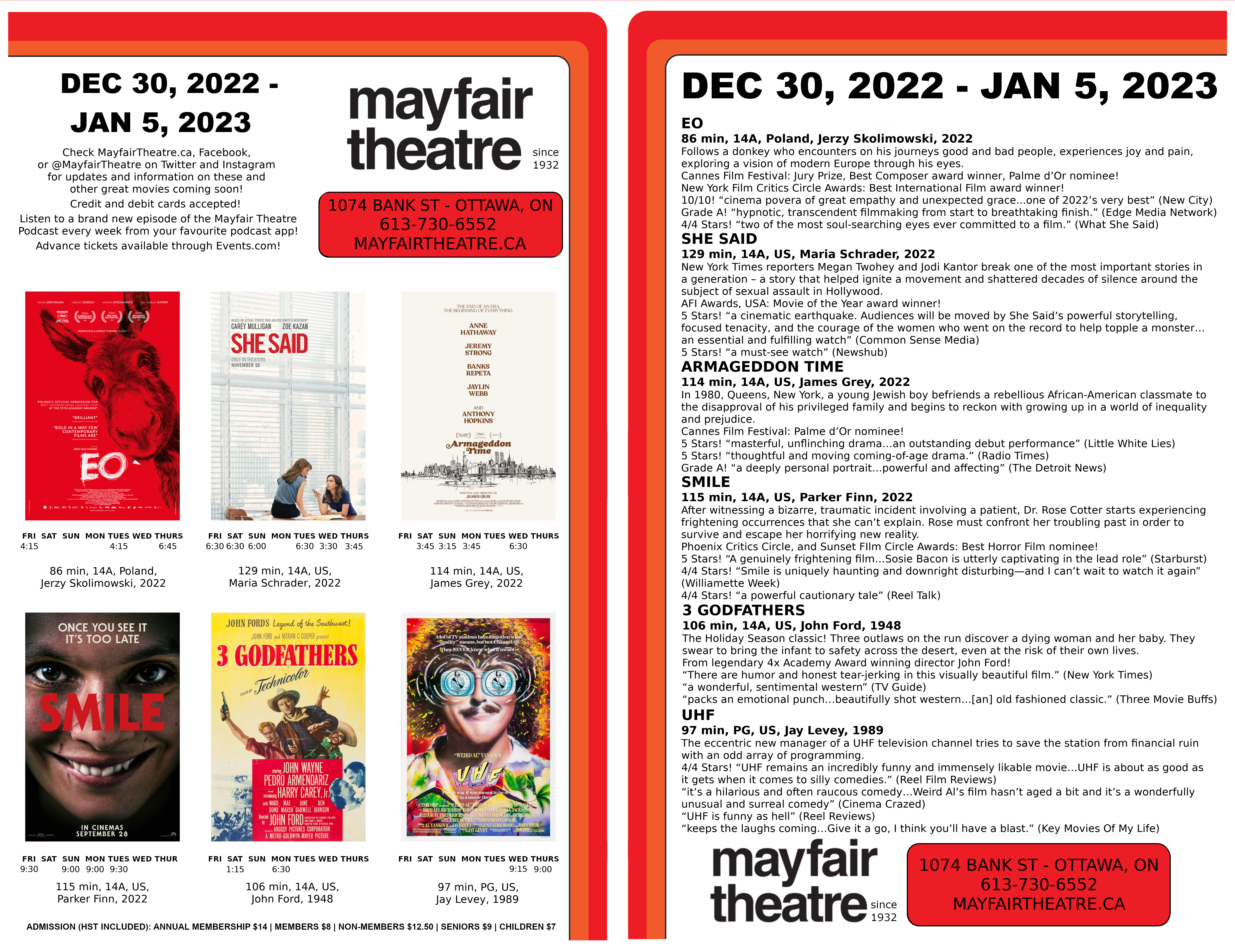