Ottawa Premieres of Do Donkeys Act?, and Thelma!

Encore screenings of the 100th Consecutive Month of The Room!

Holiday Season screenings of Batman Returns (for its 25th anniversary), and It’s A Wonderful Life! 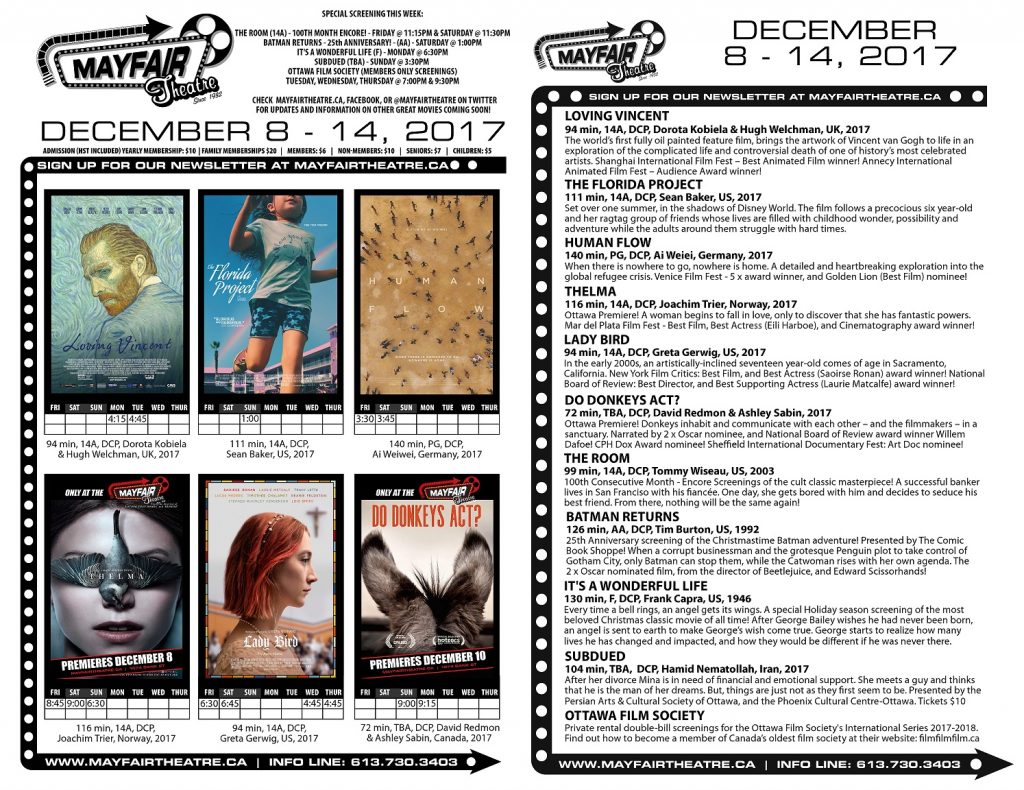