Can You Ever Forgive Me? – Held Over for a 6th Week! 3x Oscar nominee: Best Actress (Melissa McCarthy), Supporting Actor (Richard E. Grant), and Adapted Screenplay!

Beetlejuice – A Family Day screening of the Tim Burton classic starring Michael Keaton! Presented by the NAC in association with their We Love Belafonte event (which you’ll have a chance to win free tickets to)!

The Rocky Horror Picture Show – Join the party, and give yourself over to absolute pleasure, as we do the Time Warp with Ottawa’s one and only Absent Friends Shadow Cast! Tickets: $11 members / $16 non-members

E.T. The Extra-Terrestrial – He is afraid. He is totally alone. He is 3 million light years from home. A free Family Day screening, presented by Tracy Arnett Realty!

The Jerk – 40th Anniversary An ‘I Can’t Believe You Haven’t Seen’ screening of the Steve Martin comedy classic, presented by Embarrassing Humans, with craft beer from Collective Arts Brewing! Tickets: $8 advance / $10 at the door 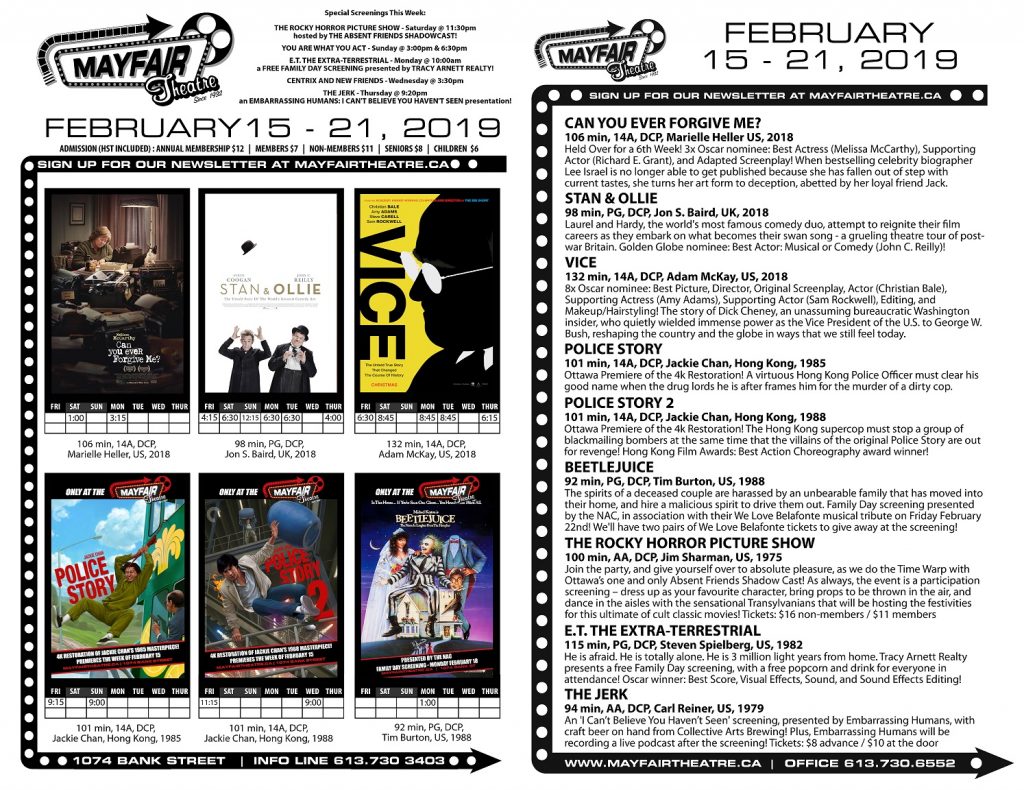