The Electrical Life Of Louis Wain – Ottawa Premiere! 5 Stars! “Ultimately, The Electric Life of Louis Wain is a charming triumph that will prove to be a true crowd-pleaser…with a perfectly cast ensemble of players” (Daily Mirror UK)

King Richard – 5 Stars! “a fantastic movie…It is an absolute tour de force performance for Will Smith…Dramatically compelling and stylistically interesting, it definitely hits a winner.” (The Maine Edge)

Beyond The Infinite Two Minutes – Ottawa Premiere! 5 Stars “a wonderfully crafted sci-fi comedy that is surely going to go down as an important film for aspiring filmmakers and truly proves that if you have an idea and a camera, anything is possible.” (Starburst)

Dr. No – 5 Stars! “The James Bond series started in great style with this cleverly conceived dose of sheer escapism…set the 007 standard with terrific action sequences, highly exotic atmosphere and witty humour…it’s easy to see why this caused so much excitement” (Radio Times) 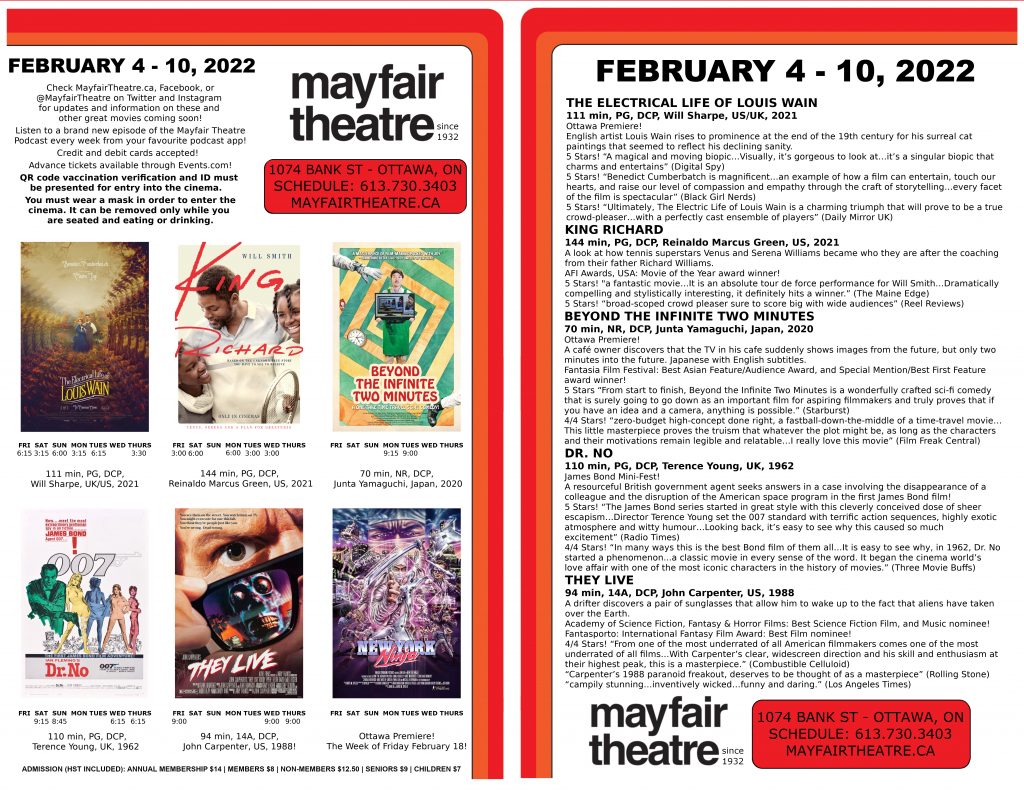