-Friday The 13th Part V: A New Beginning- “an overlooked psychological masterpiece that deserves a rewatch.” (Nightmare On Film Street)
“The franchise’s most underrated film…I could praise Friday the 13th Part V all day long…tons of fun” (Horror Geek Life)

-Saturday Night Sinema- We’re back with a dose of dangerous, disreputable, not-in-distribution, secret cinema. What are we screening? We can’t tell, but we guarantee you won’t be disappointed! A free for members / members only midnight movie presentation! 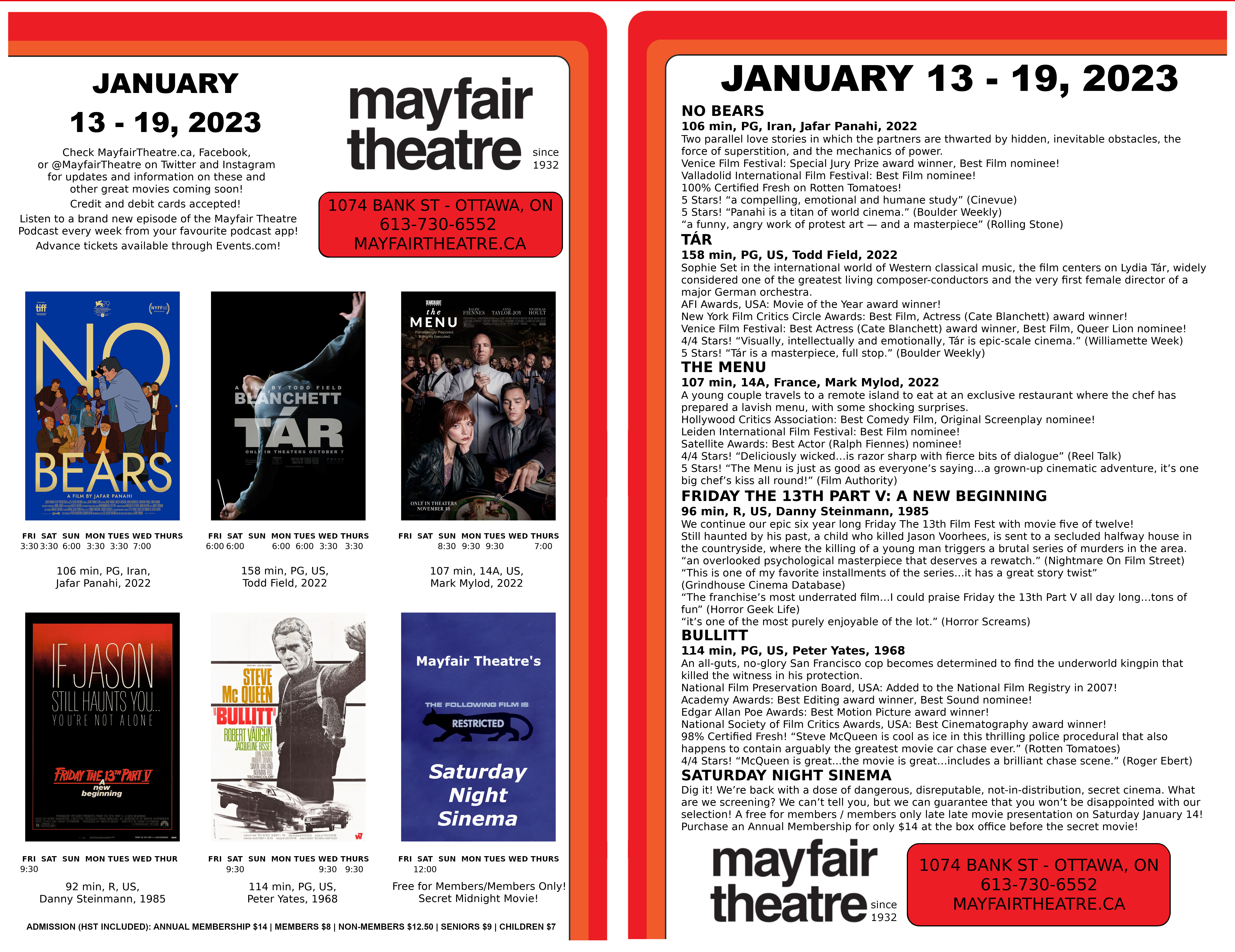