Fantastic Fungi – Held Over for a 2nd Week! 4/4 Stars! “this dose of hope that will inspire, educate, & renew your faith…take a moment to watch this visually arresting, entertaining, & thought-provoking film” (Reel Honest Reviews)

The Rocky Horror Picture Show – Midnight Screening! Give yourself over to absolute pleasure, and do the Time Warp again with Ottawa’s one and only Absent Friends Shadow Cast! Tickets: $16 for non-members / $11 for members 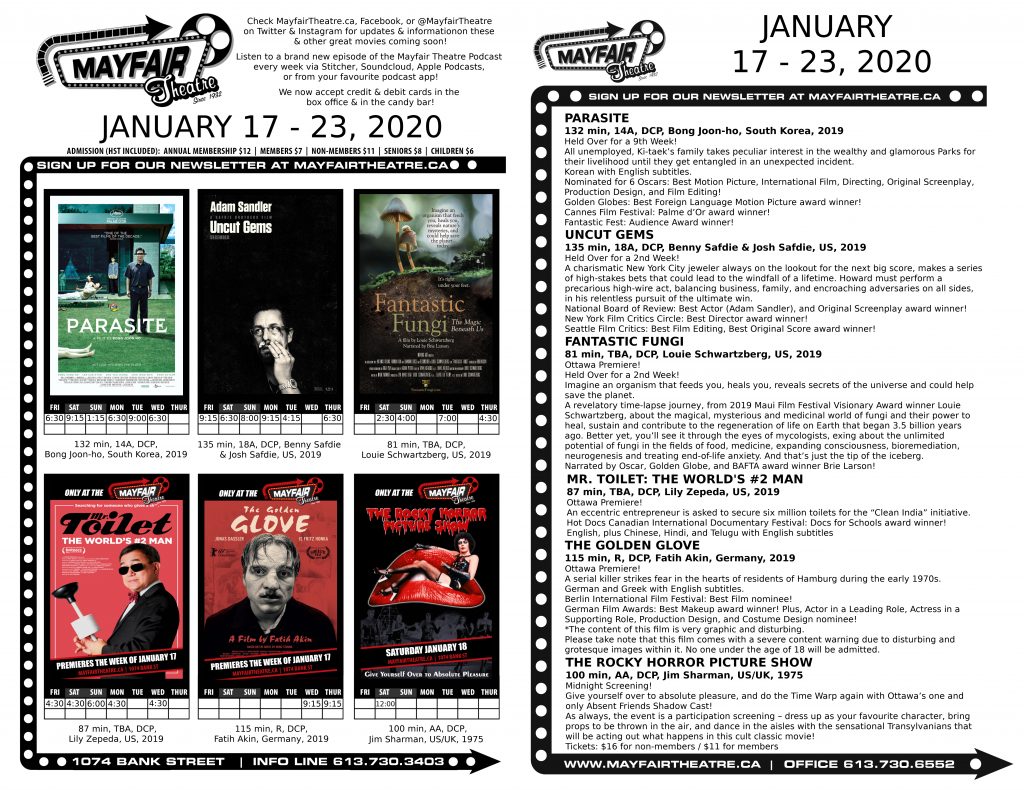