Widows – Returning for a 4th Week! Starring Oscar and Golden Globe winner Viola Davis! From the Oscar and BAFTA award winning director of 12 Years a Slave!

Can You Ever Forgive Me? – Held Over for a 4th Week! Featuring the Golden Globe, and BAFTA nominated performances of Melissa McCarthy, and Richard E. Grant!

Plus, special screenings of Song of God, and Of Great Service: The Story of National Research Universal 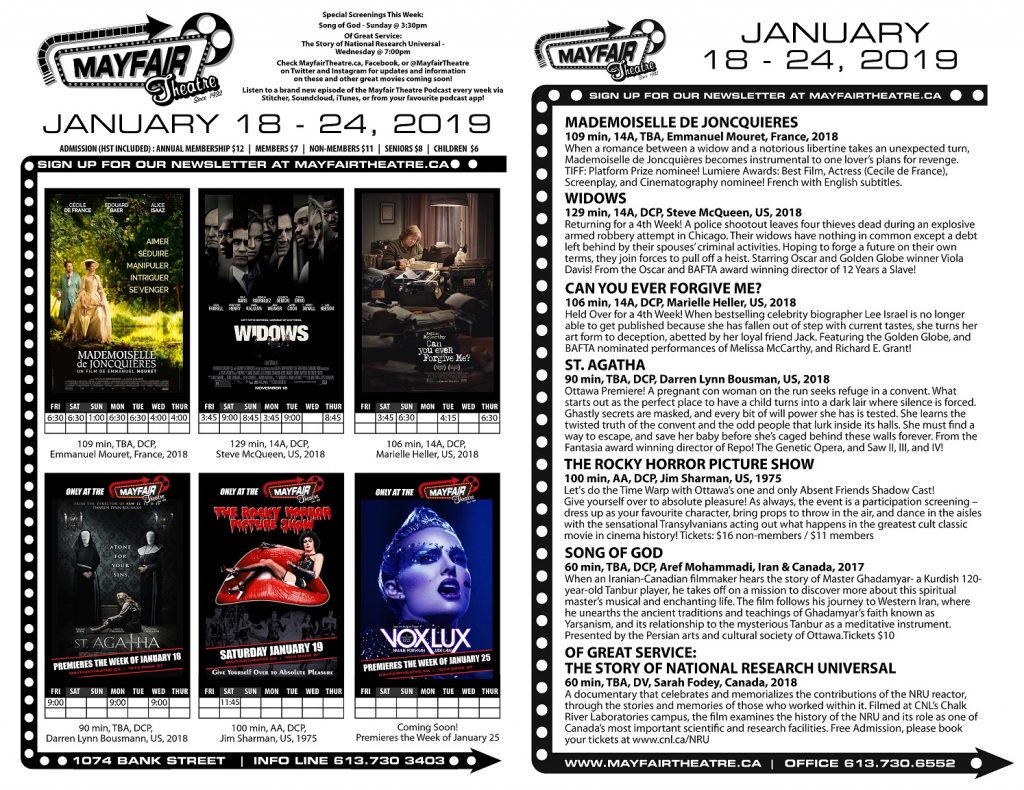