New York Cat Film Fest – An exploration through film of the fascinating felines who share our lives, creating a shared audience experience that inspires, educates and entertains. A portion of every ticket donated to Ottawa Stray Cat Rescue!

New York Dog Film Fest – Celebrating the bond between dogs and people, as seen through the work of brilliant filmmakers. Also, raising awareness for work being done at small rescues and large shelters. A portion of every ticket donated to Ottawa Dog Rescue!

Enter The Drag Dragon – Ottawa Premiere of the world’s first drag-fu action comedy! This blast of true of independent cinema will leave you wobbly in your heels as you try to recover from the non-stop thrill ride of adventure, laughs, screams, and romance.

Saturday Night Sinema – A dose of dangerous, disreputable, not-in-distribution, secret cinema. What are we screening? We can’t tell you, but we can guarantee that you won’t be disappointed! A free for members / members only midnight movie presentation!

Skinamarink – Rating: A+! “a Horror Masterpiece…the type of experience that must be seen in theaters as a demonstration of the full potential of the cinematic form…will be remembered as an unparalleled achievement in horror cinema” (Collider) 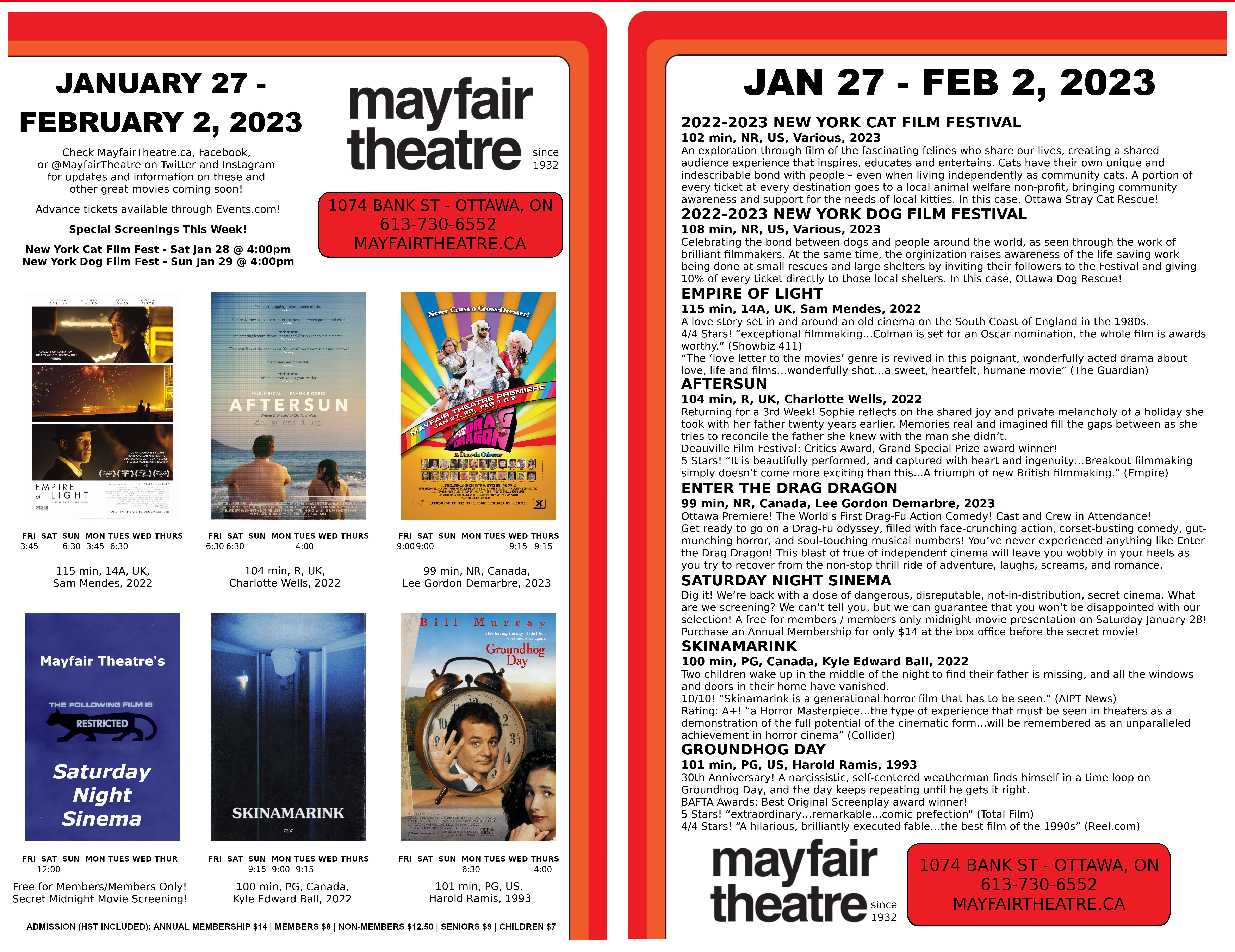