Ben Is Back – 19 year-old Ben Burns unexpectedly returns home to his family’s suburban home on Christmas Eve morning. New truths are revealed, and a mother’s undying love for her son is tested as she does everything in her power to keep him safe. TIFF: People’s Choice Award nominee!

Widows – Held Over for a 2nd Week! Four women with nothing in common except a debt left behind by their dead husbands’ criminal activities, conspire to forge a future on their own terms. From the Oscar, Cannes, TIFF, & BAFTA award winning director of 12 Years A Slave!

Hotel Transylvania 3: Summer Vacation – Count Dracula & company participate in a cruise for sea-loving monsters, unaware that their boat is being commandeered by the monster-hating Van Helsing family. From the Emmy award winning director of Star Wars: Clone Wars & Samurai Jack! 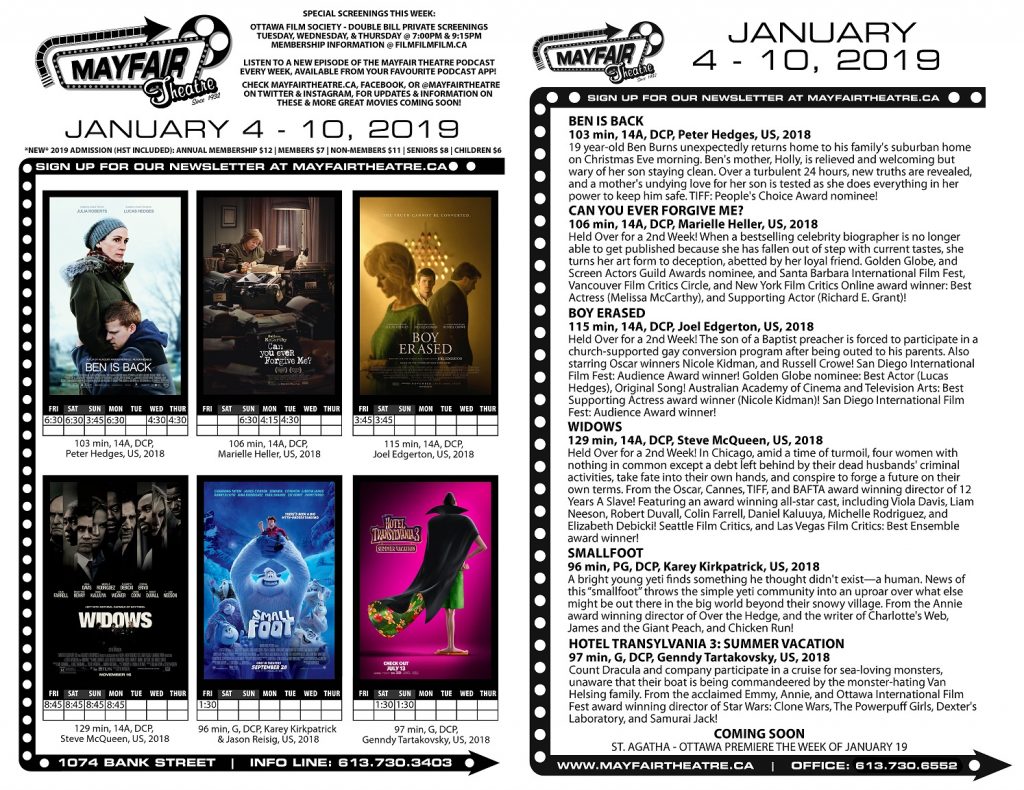