-The Phantom Of The Open- “Mark Rylance hits an ace in endearing sports comedy…a heartwarming tale that will undoubtedly work for audiences who will, likewise, be quickly swept away by everything on show here…It’s certainly a film to remember.” (Awards Watch)

-Everything Everywhere All At Once- Held Over for a 3rd Week!
5 Stars! ” It’s at once an emotionally affecting family story, a visually stunning marvel, a sidesplittingly hilarious comedy, and the best martial arts movie in recent memory.” (Tilt)

-Official Competition- 5 Stars! “A hilarious and incisive skewering of vanity projects and the egos which propel them into the ground.” (Hey U Guys)
“a masterclass in comic timing…Every line delivery is immaculate…the film is packed with belly laughs” (Little White Lies)

-Rabid- Sitges-Catalonian Int Film Fest: Best Screenplay, Special FX award winner!
“Chambers was absolutely perfect in the role of Rose as she put in a true powerhouse performance…Cronenberg’s movie still holds up just as well today as it ever has” (Starburst)

-Red River- 4/4 Stars! “as quintessentially Western as any ever filmed…one of the greatest of all Westerns.” (Roger Ebert)
5 Stars! “a masterpiece…has long been hailed as a classic…it remains an enthralling story of lives under stress.” (The Dissolve)

-Kabaddi 4: The Final Match- After the events of Kabaddi 3, Kaji now doesn’t seek love as he is suffering from the pain of his previous relationships. Tickets: $25.00 – All the net profits after expenses will go to support local July 2 and 3 soccer games. 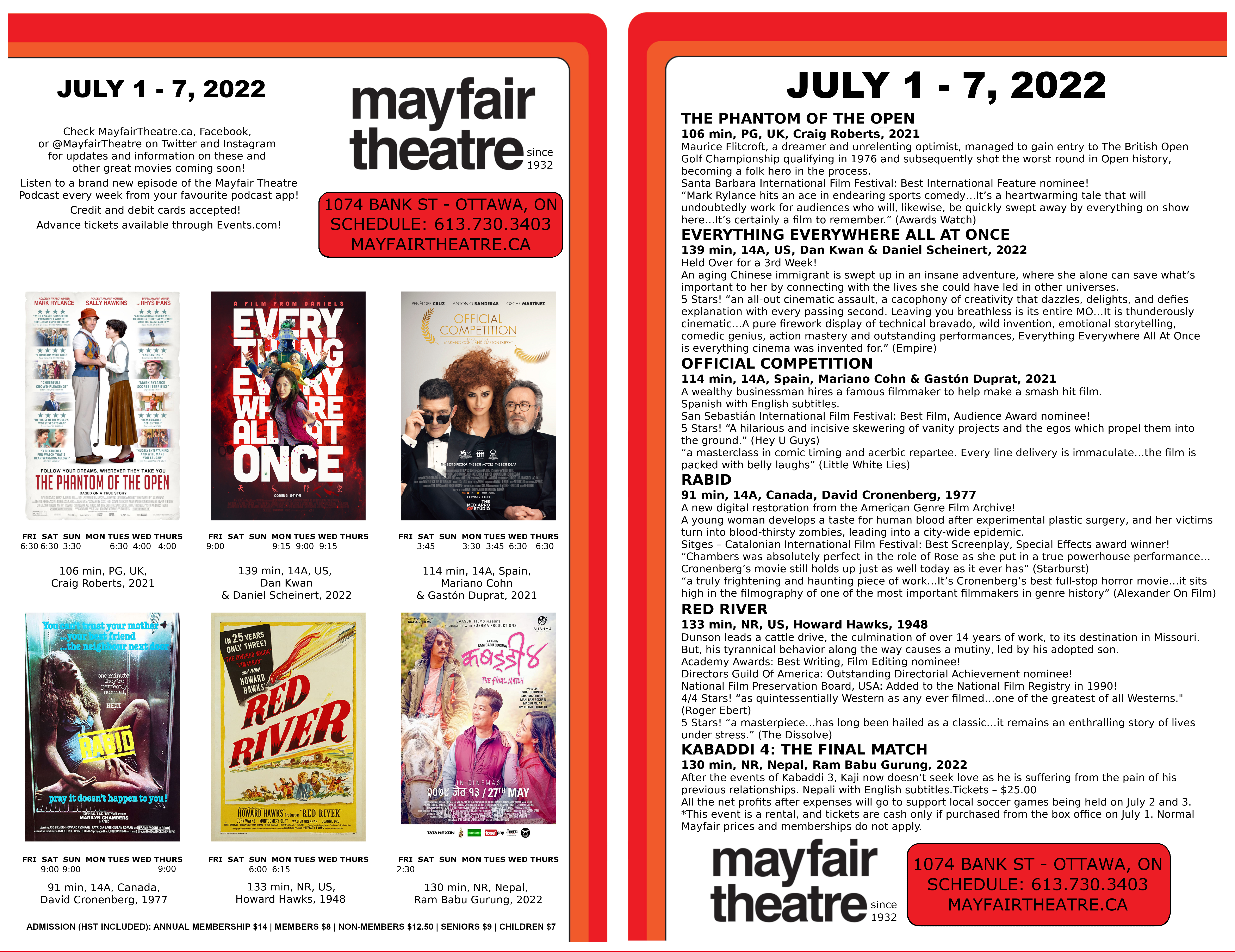