-The Phantom Of The Open- 2nd Week! “Rylance hits an ace in endearing sports comedy…a heartwarming tale that will undoubtedly work for audiences who will, likewise, be quickly swept away by everything on show…certainly a film to remember.” (Awards Watch)

-Everything Everywhere All At Once- 5th Week! 5 Stars! ” It’s at once an emotionally affecting family story, a visually stunning marvel, a sidesplittingly hilarious comedy, and the best martial arts movie in recent memory.” (Tilt)

-She Will- Ottawa Premiere! “An inventive and provocative directorial debut, with #MeToo resonance…a timely feminist critique, identifying Charlotte Colbert as one of horror’s most exciting new filmmaking voices” (Dread Central)

-Shane- National Film Preservation Board, USA: Added to the National Film Registry in 1993!
5 Stars! “this classic is a must-see.” (Common Sense Media)
5 Stars! “So archetypal it seems like the first Western ever” (Empire)

-Rock ‘N’ Roll High School- 3.5/4 Stars! “A true cult classic…it’s near-impossible to resist this film’s goofy charms.” (Film Frenzy)
3.5/4 Stars! “It is a simple, joyous film that offers the viewer a good time and a bunch of smiles.” (The Independent Critic)

-Thief- James Caan Tribute screenings! 5 Stars! “Thief isn’t just good, it’s freaking brilliant; the best of all Mann’s films…a masterpiece…Thief is as assured and basically perfect as any first feature has ever been.” (Alternate Ending)

-Saturday Night Sinema- Free Late Late Movie or Members Only! We’re back with a dose of dangerous, disreputable, not-in-distribution, secret cinema. What are we screening? We can’t tell you, but we guarantee you won’t be disappointed with our selection. 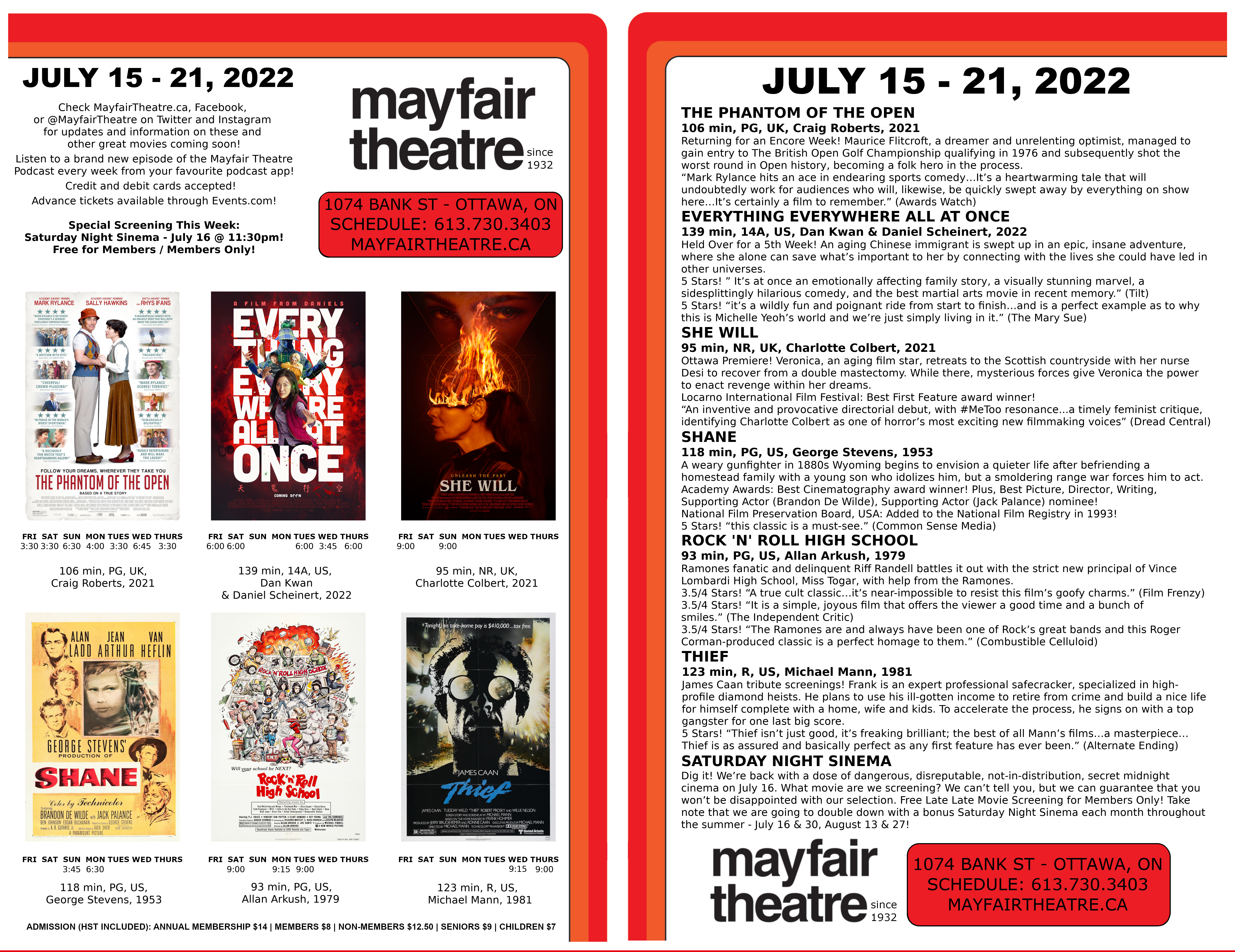