-Everything Everywhere All At Once- Held Over for a 4th Week!
5 Stars! ” It’s at once an emotionally affecting family story, a visually stunning marvel, a sidesplittingly hilarious comedy, and the best martial arts movie in recent memory.” (Tilt)

-The Forgiven- 3.5/4 Stars! “Chastain and Fiennes are perfectly cast…It’s a wonderful movie…holds us in its grips until the very last frame.” (Chicago Sun Times)
“intriguing and unpredictable” (Deadline Hollywood)

-Halloween III: Season Of The Witch- 40th Anniversary!
4.5/5 Stars! “an intelligent, surprising, and disturbing film” (Den Of Geek)
“a horror movie worth discovering, revisiting, and most importantly experiencing” (Polygon)

-Sarsenapati Hambirrao- Based on the Maratha warrior Hansaji Mohite who was later given the title of Sarnobat Hambirrao, the film portrays his life as the Commander in Chief of Chatrapati Shivaji Maharaj’s army.
*This event is a rental, and tickets are cash only if purchased from the box office on July 9. Normal Mayfair prices and memberships do not apply. 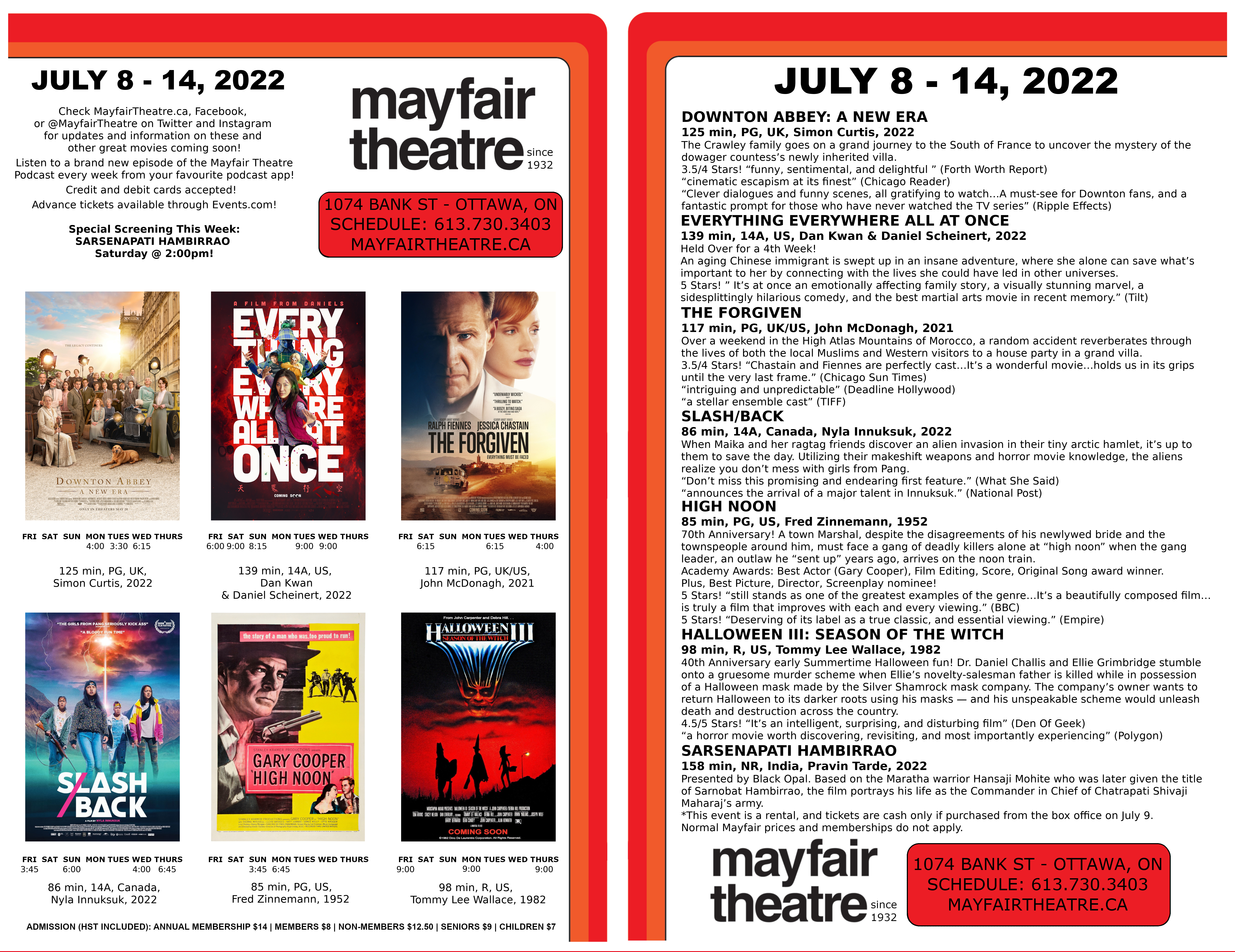