-Breakfast At Tiffany’s- 5 Stars! “Woven into this heady romance is chic Hollywood comedy at it’s finest…And key to allowing seamless transitions between melodrama and humour is the superb music score from the underrated Henry Mancini.” (BBC)

-The Northman- Movie Score 10/10! “Visually and technically, the movie is a marvel. The performances are all top-tier. This is not surprising considering the cast or the director. It’s a must-see…genuinely amazing!” (Film Threat)

-Very Nice Day- A bicycle courier crisscrosses the city delivering anonymous backpacks. His life is turned upside down by the arrival of an Instagram famous new neighbour, for whom he develops a fascination, which causes him to miss a delivery.

-Past Redemption 2: The Coming Storm- Ottawa Premiere!
A dead girl found in a field reveals the sinister world of trafficking young women. 8mm home movies become a spark that ignites a war that may lead to the final days of a powerful crime family.

Plus, our free for members/members only secret midnight movie, Saturday Night Sinema! 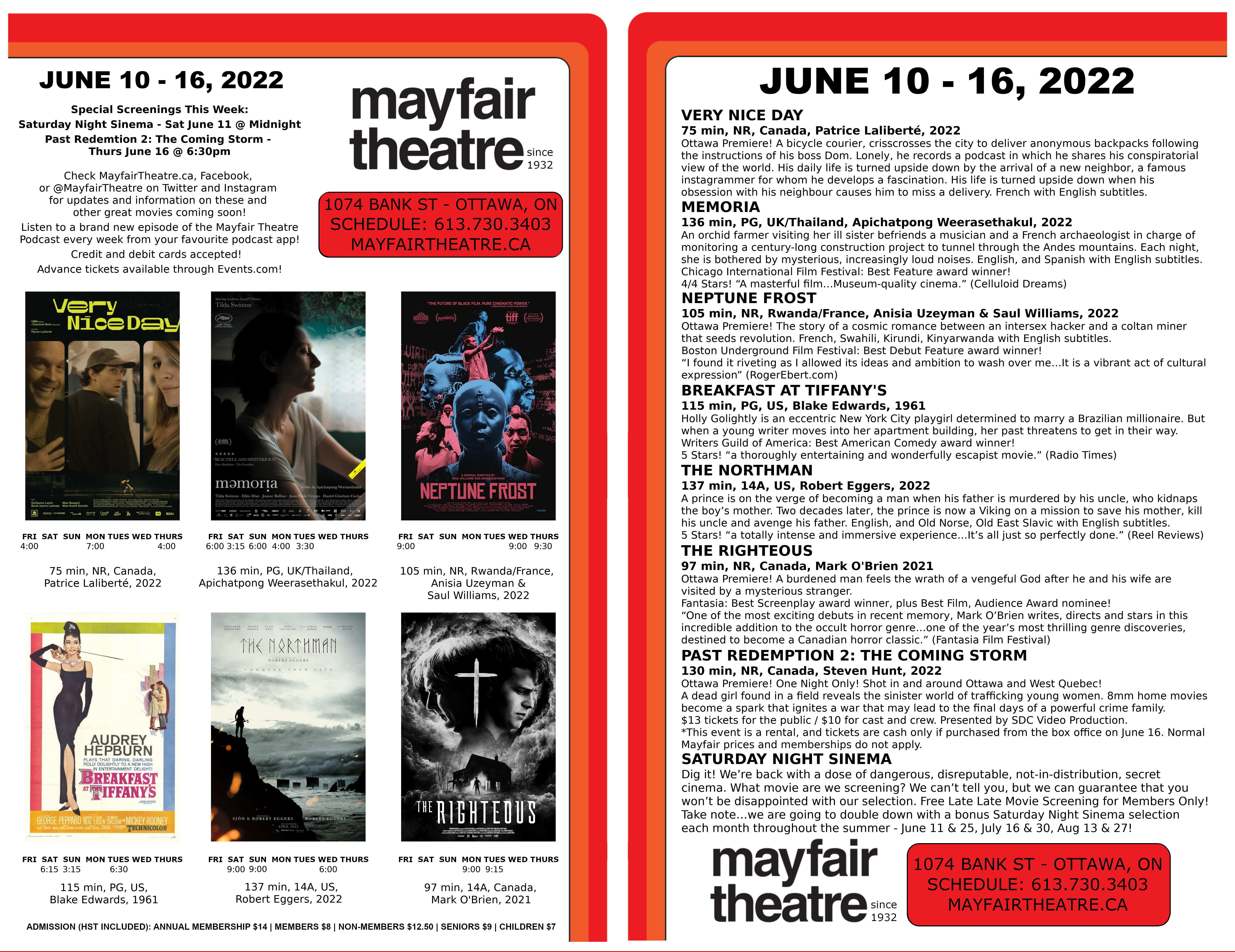