-Everything Everywhere All At Once- 5 Stars! “it’s a wildly fun and poignant ride from start to finish…and is a perfect example as to why this is Michelle Yeoh’s world and we’re just simply living in it.” (The Mary Sue) 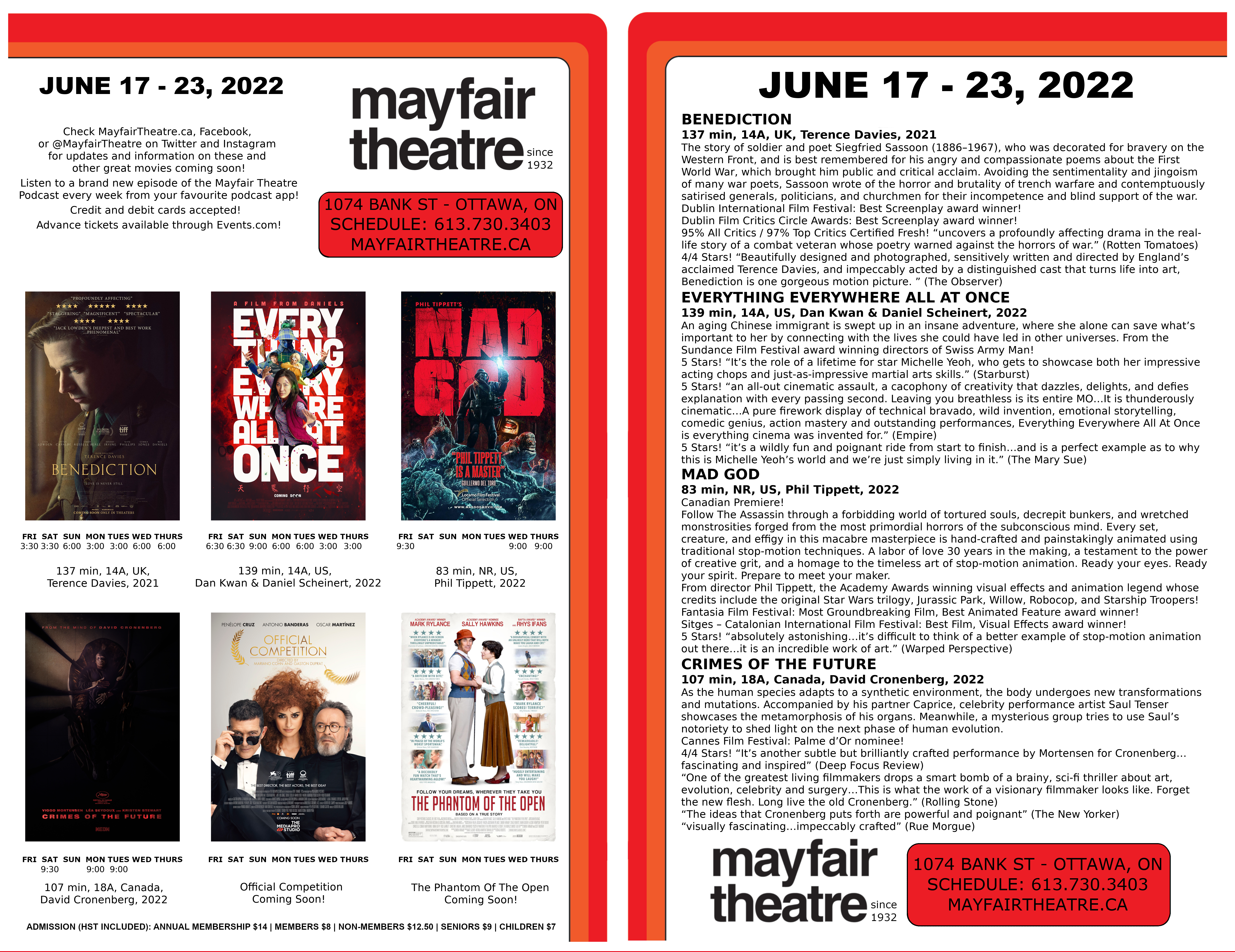