– Not Wanted – Ida Lupino at 100 Film Fest! A picture that plunges heart-deep into the story of one girl’s mistake!

– Brightburn – Evil has found its superhero! From producer James Gunn, director of both Guardians of the Galay films! 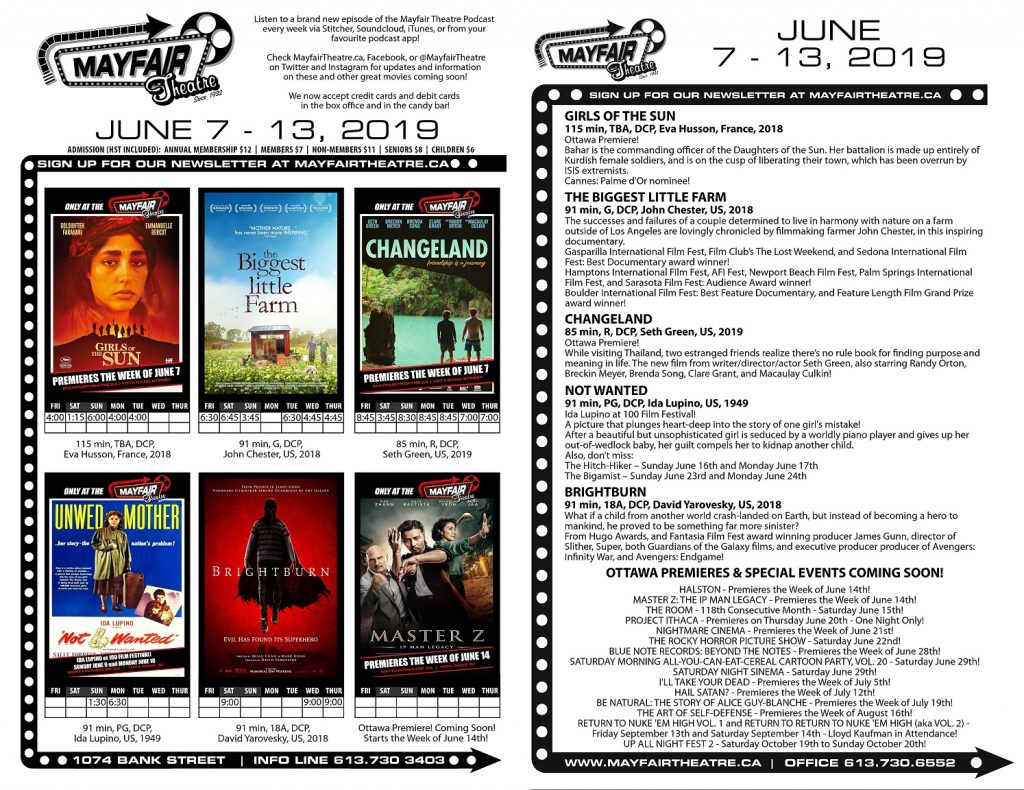