The Rocky Horror Picture Show – Give yourself over to absolute pleasure as we do the Time Warp again with Ottawa’s one & only Absent Friends Shadow Cast!

Wadj: Songs Of Separation: A window into the lives of three Syrian refugee musicians as they face their traumatic experiences 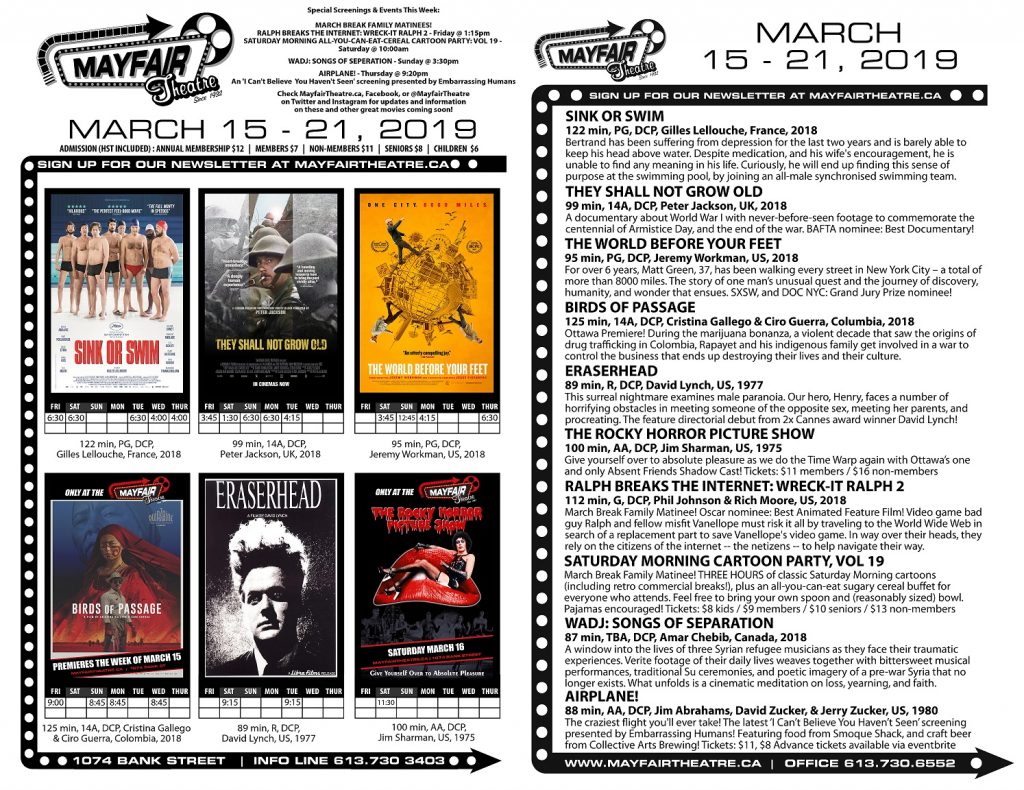