– [Censored] – Ottawa Premiere!
Four short films directed by Bill Morrison screen after the feature – they include: Light is Calling, Release, Outerborough, and The Film of Her!

Plus, special fundraiser screenings of
– The Mysterious Note
– This Mountain Life 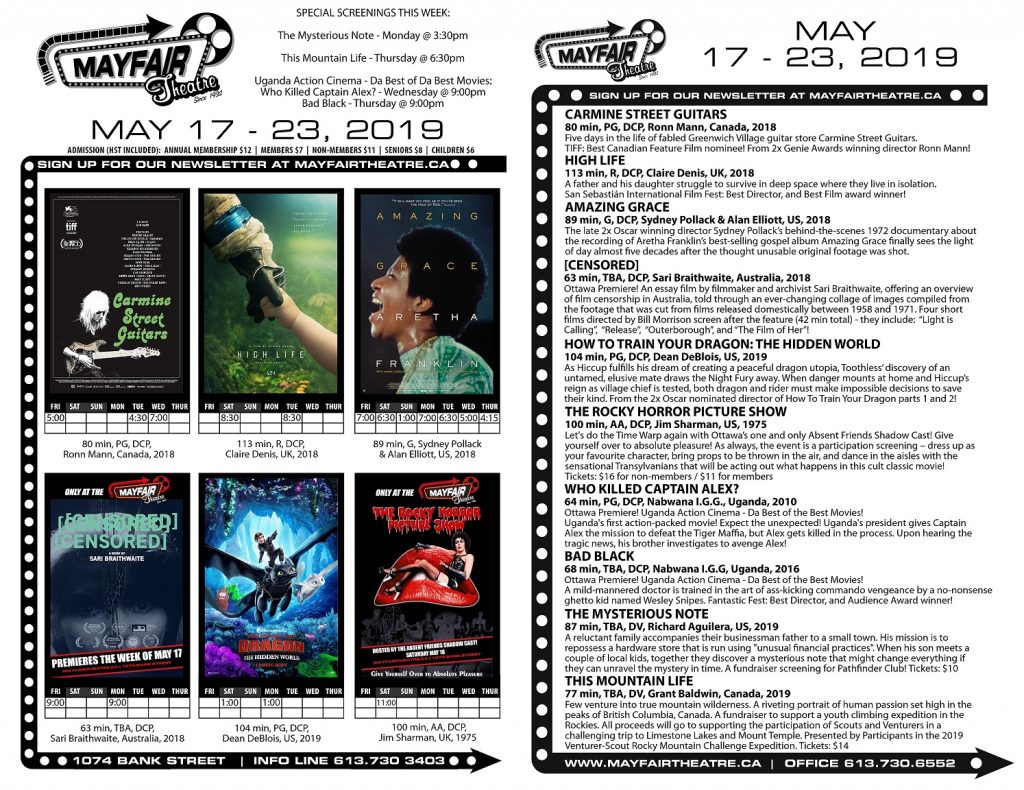