Bad Lucky Goat – Ottawa Premiere! After accidentally killing a goat with their father’s truck, two teen siblings embark on a journey of reconciliation. They struggle to find the means necessary to conceal the accident, and repair the truck, in a 24-hour adventure around Port Paradise.

Infinity Baby – Ottawa Premiere! In the near future you can become the proud parent of an Infinity Baby. These special babies never cry, never age past three months, never leave the nest or become teenagers, and only need once-weekly feedings and diaper changes. Commitment issues abound in this wry, sardonic, absurd, over the top, sci-fi satire!

The Devil’s Mistress – Presented by the Czech Republic of Ottawa. One of the greatest untold love stories of the 20th century, this is the story of Lída Baarová, a beautiful Czech actress, who conquered Germany’s silver screen as well as the heart of one of the Third Reich’s most powerful men: the Minister of Propaganda, Nazi monster Joseph Goebbels.

The Room – It’s our 99th Consecutive Month screening The Room, and we’ve got a special last minute bonus screening squeezed in by popular demand! Then, on November 26th, 27th, and 28th at 9:30pm we’ve got a trio of rare non-“midnight movie” screenings! And, we’re celebrating with our friend Greg Sestero in attendance all three nights for the event! 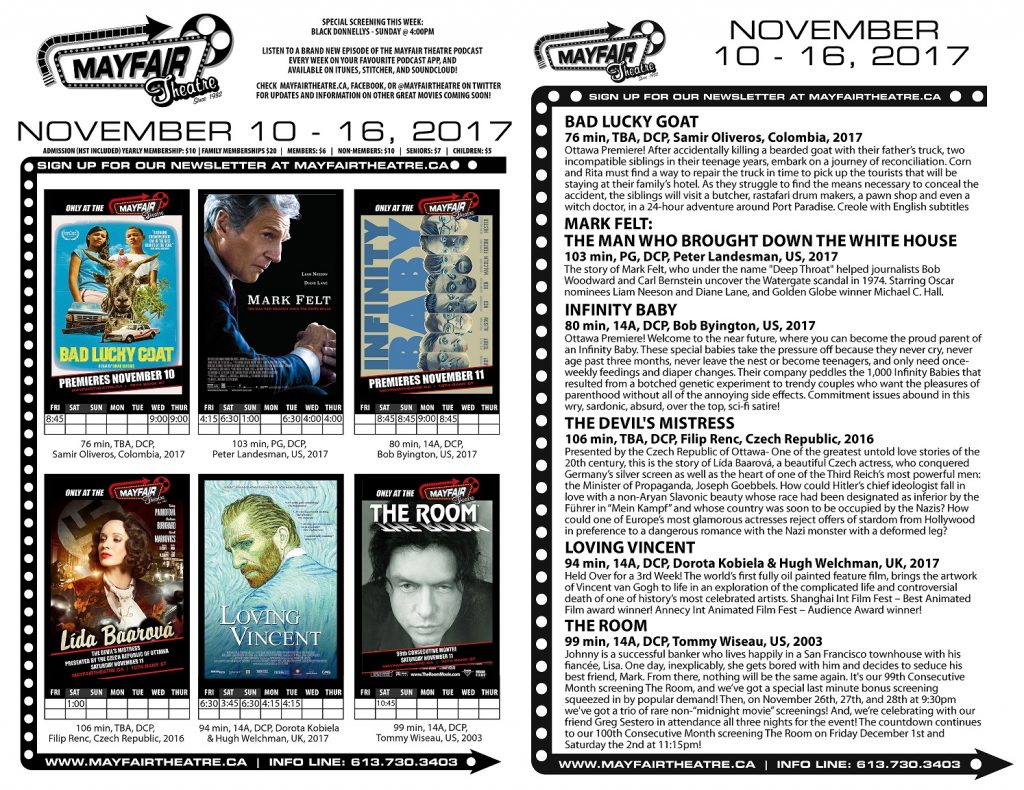