Friday The 13th Part II – We continue our epic six year long Friday The 13th Film Fest with movie two of twelve! “a fan favorite…There are many things about the movie that make it great…is a strong entry in the series” (The Horror Syndicate)

Action U.S.A. – Ottawa Premiere of the long lost 1989 action epic! “it’s imperative that you put Action U.S.A. on your radar…It’s 89 minutes of total action movie excess, and a window into the mind of an ambitious madman behind the camera.” (Slash Film) 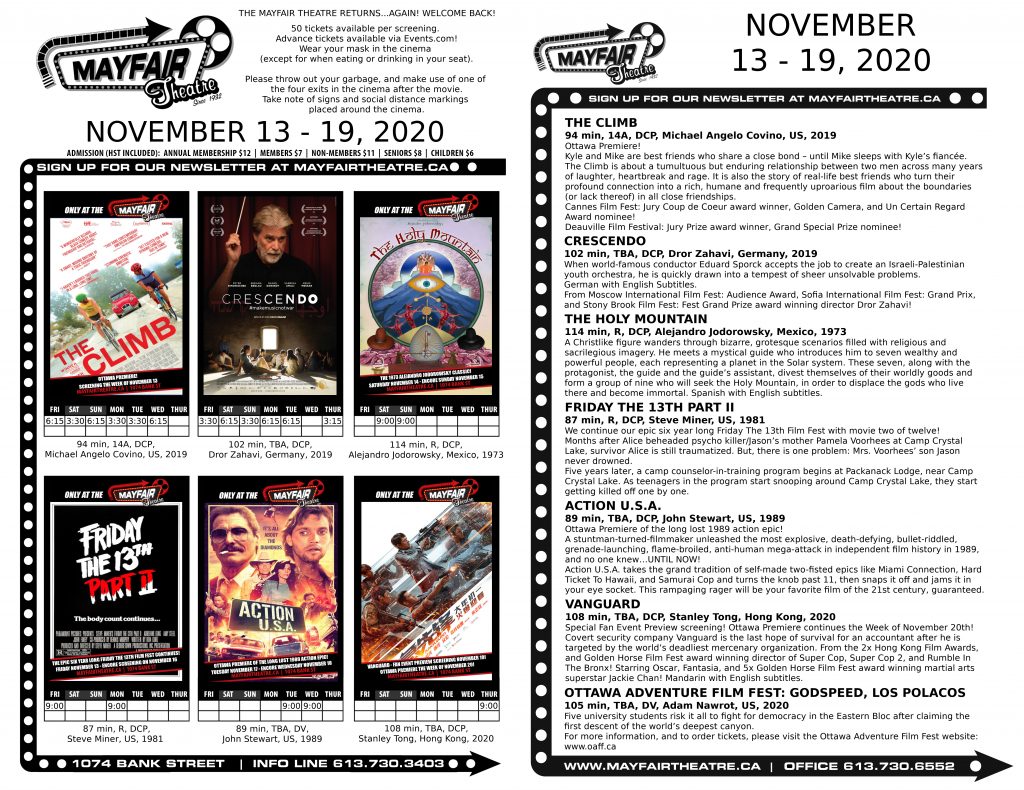