Free Solo – The TIFF People’s Choice Award winning documentary is Held Over for a 2nd Week!

All About Nina – Ottawa Premiere of the Tribeca Film Fest nominee for Best Narrative Feature!

Suspiria – Based on the Dario Argento classic, from the Oscar nominated, and Gotham Awards winning director of Call Me By Your Name!

The Rocky Horror Picture Show – Do the time warp again with your hosts, the spectacular Absent Friends Shadow Cast!

Our Hospitality and College – A pair of 1920’s classics make a rare big screen appearance as part of Buster Keaton Month!

Plus, four days of The Ottawa Adventure Film Festival! 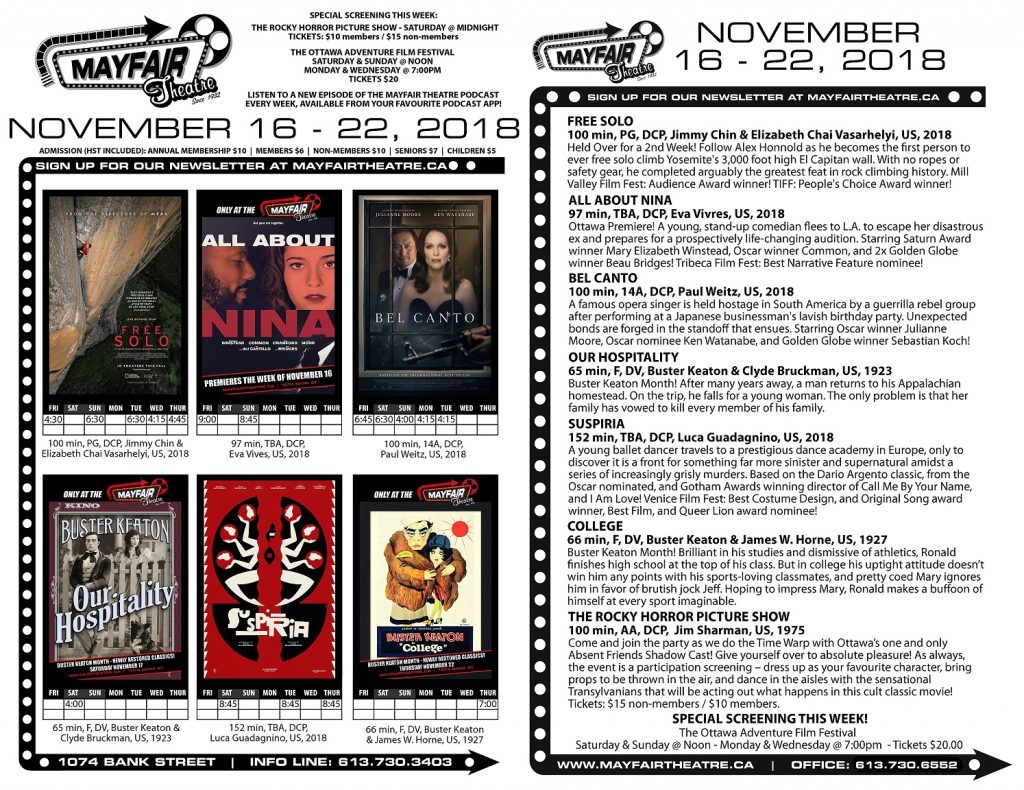