Victoria & Abdul – When a young clerk travels from India to participate in the Queen’s Golden Jubilee, he is surprised to find favor with her. As she questions the constrictions of her position, the two forge an unlikely alliance with a loyalty to one another that her inner circle attempts to destroy.

The Florida Project – Set over one summer, in the shadows of Disney World. The film follows a precocious six year-old and her ragtag group of friends whose lives are filled with childhood wonder, possibility and a sense of adventure while the adults around them struggle with hard times.

The Departure – Ottawa Premiere! A former punk rockers life takes a drastic turn when he becomes a Buddhist priest counselling those tempted to take their own life. His commitment to helping those in need has seen success but it starts to take a toll. His pursuit to save lives may be the very thing that costs him his life.

The Rocky Horror Picture Show – Let’s do the time-warp again! Don’t miss our one-of-a-kind extravaganza featuring the spectacular Absent Friends shadow cast! Plus, this month it’s the Annual Improv Show, where the cast picks their role out of a hat right before the screening! $10 members | $15 non-members 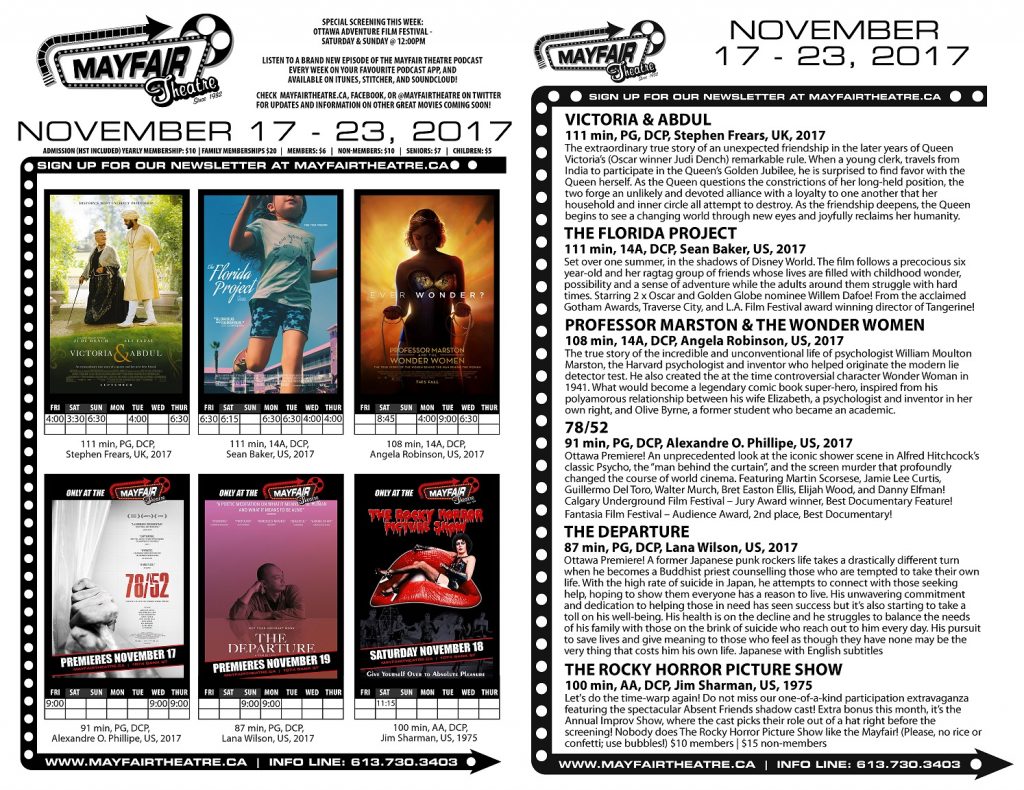