Dolemite Is My Name – Ottawa Premiere! From the Sundance award winning director of Hustle & Flow, and the Golden Globe award winning writers of Ed Wood!

Cleanin’ Up The Town: Remembering Ghostbusters -Ottawa Premiere! An in depth documentary that tells us the full story from where it all started through to the future of the Ghostbusters franchise. 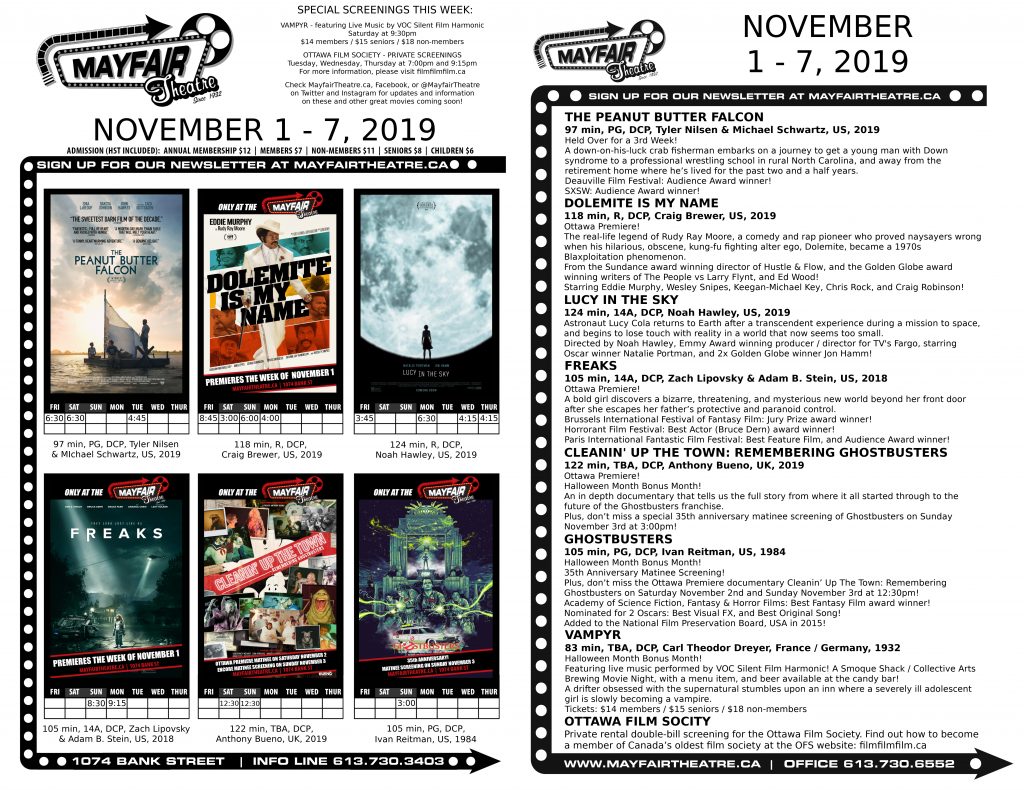