Possessor – Ottawa Premiere! Catalonian Int Film Fest: Best Motion Picture, and Director award winner! 5 Stars! “nothing short of sublime…Stunning in its beauty, mesmerising in its brutality, and captivating with its complexities” (The Hollywood News)

Saturday Night Sinema – Another dose of dangerous, disreputable, not-in-distribution, secret cinema. What are we screening? We can’t tell you, but we can guarantee that you won’t be disappointed with our selection. Free Screening for Members Only! 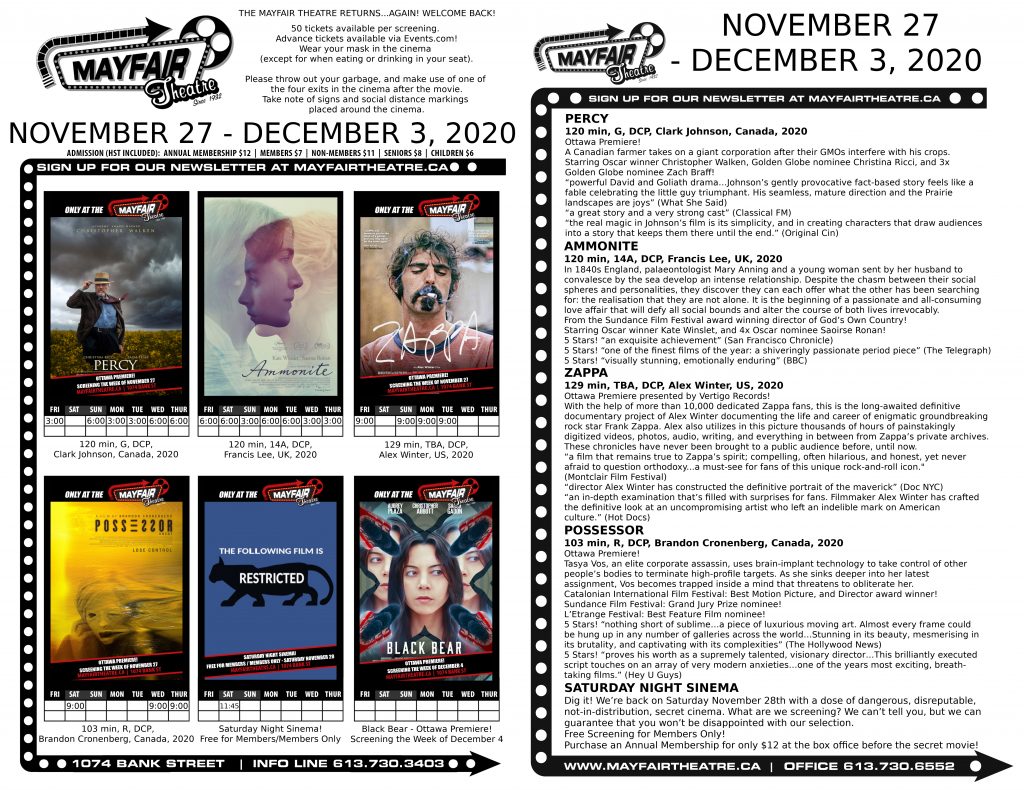