Una – Ottawa Premiere! When a young woman unexpectedly arrives at an older man’s workplace looking for answers, the secrets of the past threaten to unravel his new life. Their confrontation will uncover buried memories and unspeakable desires. It will shake them both to the core.

Rat Film – Ottawa Premiere! Across walls, fences, and alleys, rats not only expose our boundaries of separation but make homes in them. A documentary that uses the rat – as well as the humans that love them, live with them, and kill them – to explore the history of Baltimore.

Embrace – Hopewell Eating Disorder Support Centre presents a documentary on the issue of body image, and the media’s roles in creating a culture of body shaming among women and girls. Thanks to the Harry P. Ward Foundation, the film is presented for free – guests must register in advance through Eventbrite.ca 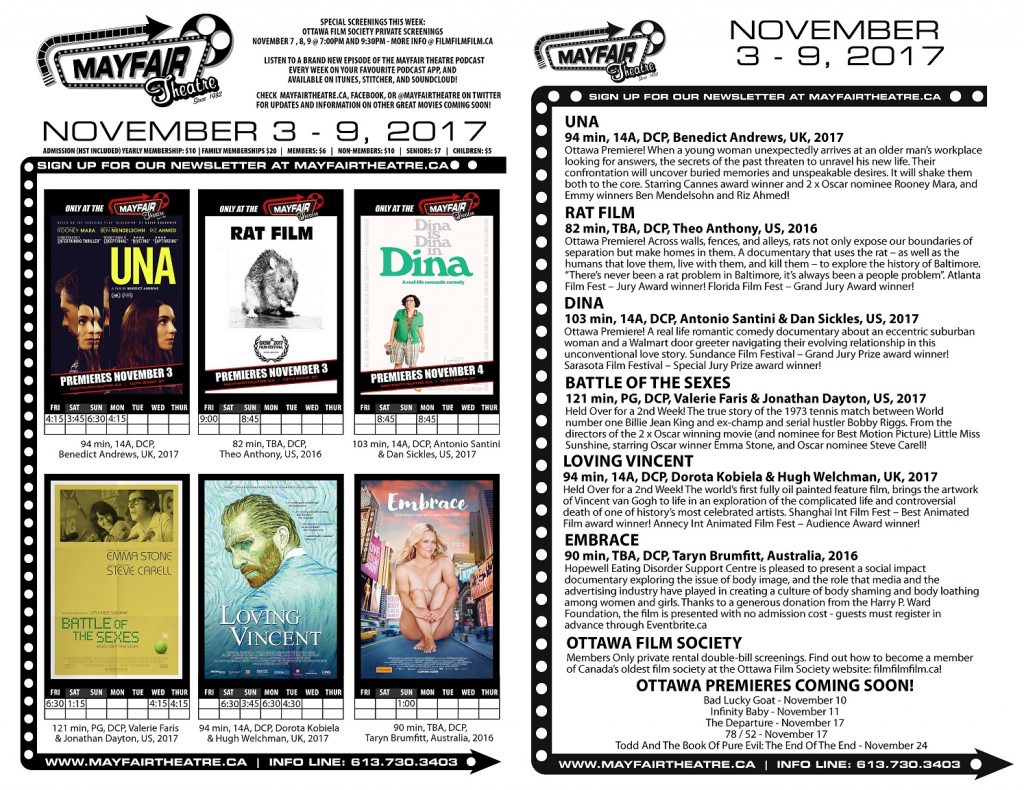