Mister America – Ottawa Premiere! One Night Only! After representing himself and beating a murder charge, a concert promoter runs for the San Bernardino District Attorney’s office against the prosecutor of his case.

Once Upon A Time In Hollywood – The latest from 2x Oscar winner Quentin Tarantino is Held Over for a 3rd Week! Cannes Film Festival: Palme d’Or nominee!

Black Christmas – Halloween Month! One Night Only! The original 1974 Canadian classic, which was a major influence on the horror genre to follow, from John Carpenter’s Halloween to Wes Craven’s Scream. 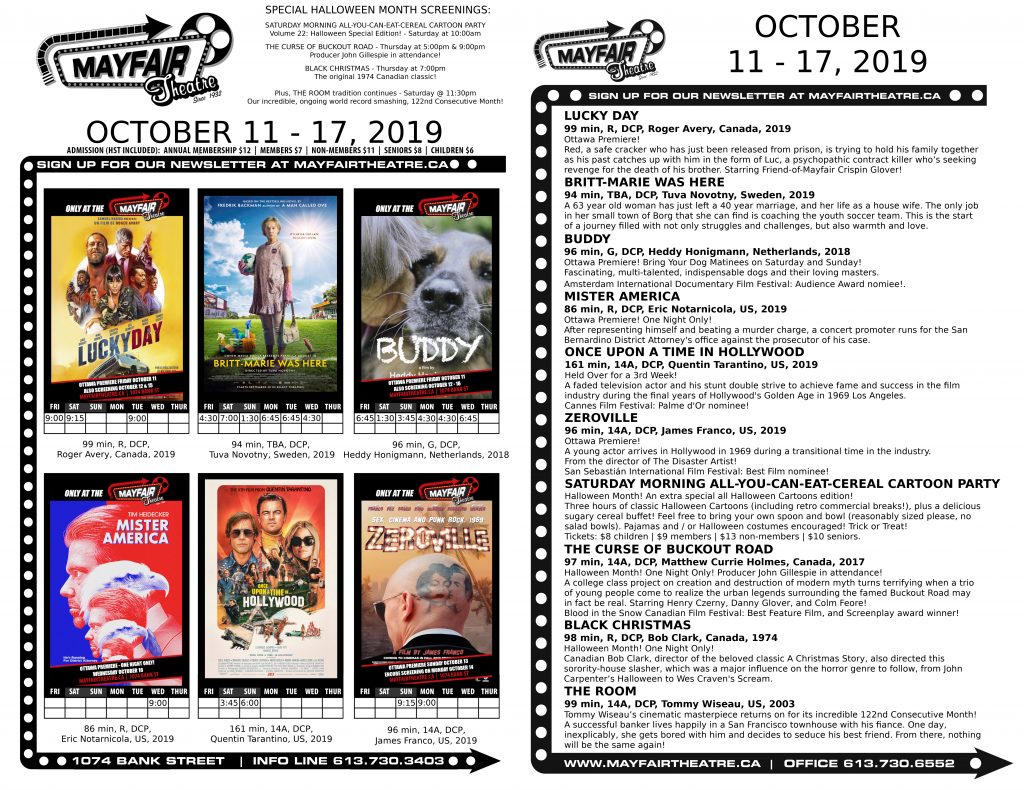