A crazy packed week thanks to 5 One-Night-Only movies, 3 movies held over for a 2nd week, an Ottawa Premiere, and a pair of special screenings with a live band!

Lucky – Ottawa Premiere! 2nd Week! The spiritual journey of a 90 year old atheist and the quirky characters in his off the map town. Lucky is thrust into a journey of self-exploration, leading towards that which is so often unattainable: enlightenment.

Tulip Fever – 2nd Week! A 17th century romance in which an artist falls for a married young woman while he’s commissioned to paint her portrait. The two invest in the risky tulip market in hopes to build a future together.

The Limehouse Golem – Ottawa Premiere! 2nd Week! Halloween Month! A series of murders has shaken Victorian London to the point where people believe that only a legendary creature from dark times – the mythical so-called Golem – must be responsible.

Night Of The Living Dead – Halloween Month! After decades of poor-quality prints and transfers, this horror classic can finally be seen for the immaculately crafted film that it is thanks to a 4K restoration, scanned from the original negative and supervised by Romero himself.

The Addams Family – Halloween Month! Based on the classic comics, from the director of Men In Black! Kids can get a membership for $10, and then join us at a special FREE monthly retro movie! *Grown-up’s are welcome too, at normal admission prices

The Exorcist – Halloween Month! Double-bill with The Shining! When a teenage girl is possessed by a mysterious entity, her mother seeks the help of two priests to save her daughter. Double-bill tickets: $8 members, $9 seniors, $12 non-members.

The Shining – Halloween Month! Double-bill with The Exorcist! A family heads to an isolated hotel for the winter where an evil presence influences the father into violence, while his psychic son sees horrific forebodings from the past and of the future. 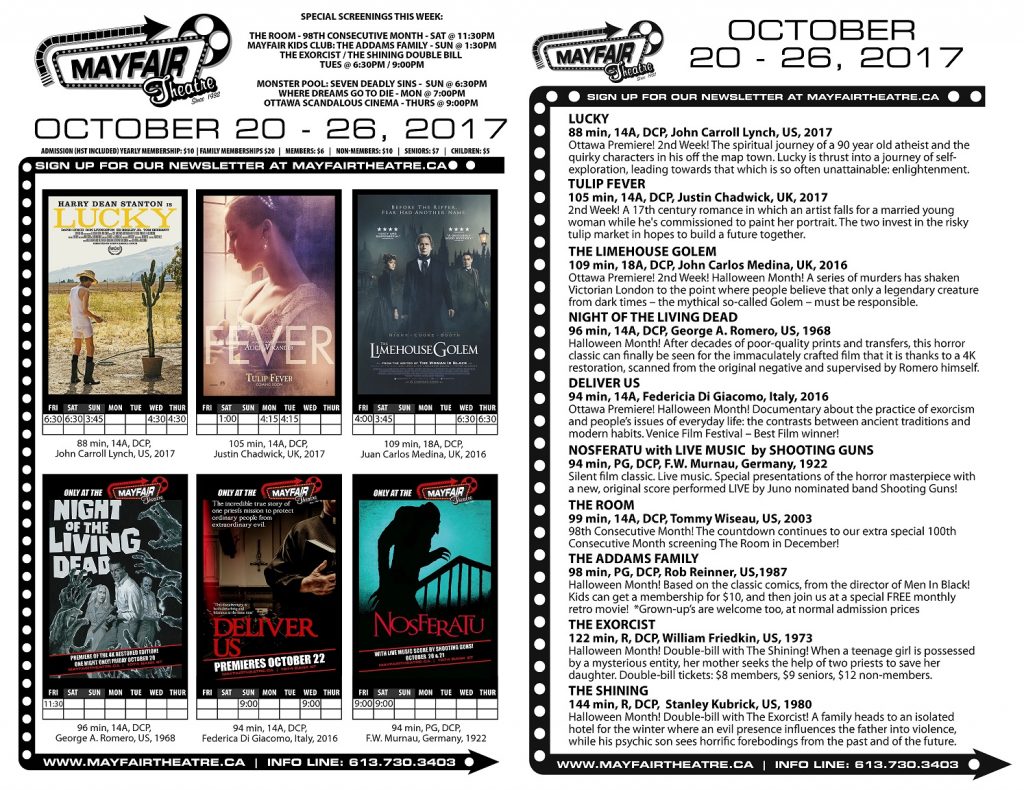