-Confess, Fletch – “Hamm takes the spotlight in nearly every frame of Confess, Fletch and steals the show throughout…an uproarious crowdpleaser” (Battle Royale With Cheese)
“Confess, Fletch is an absolute treat.” (The Film Stage)

-Trick ‘R Treat- Ottawa Premiere of the 2007 horror fan favourite!
5 Stars! “One of the best horror anthologies of all time, and a no-brainer to watch every Halloween season…a rare modern classic that hits all the marks and then some.” (Dredd Central)

The Exorcist / The Shining – 2-for-the-price-of-1 Double-Bill!

The Exorcist – 4/4 Stars! “If movies are, among other things, opportunities for escapism, then “The Exorcist” is one of the most powerful ever made…one of the best movies of its type ever made…The film is a triumph of special effects.” (Roger Ebert)

The Shining – 5 Stars! “a masterpiece” (Time Out)
5 Stars! “every frame of the film brims with Kubrick’s genius” (Empire)
5 Stars! “there’s little denying that it’s a masterful work.” (Mountain Xpress) 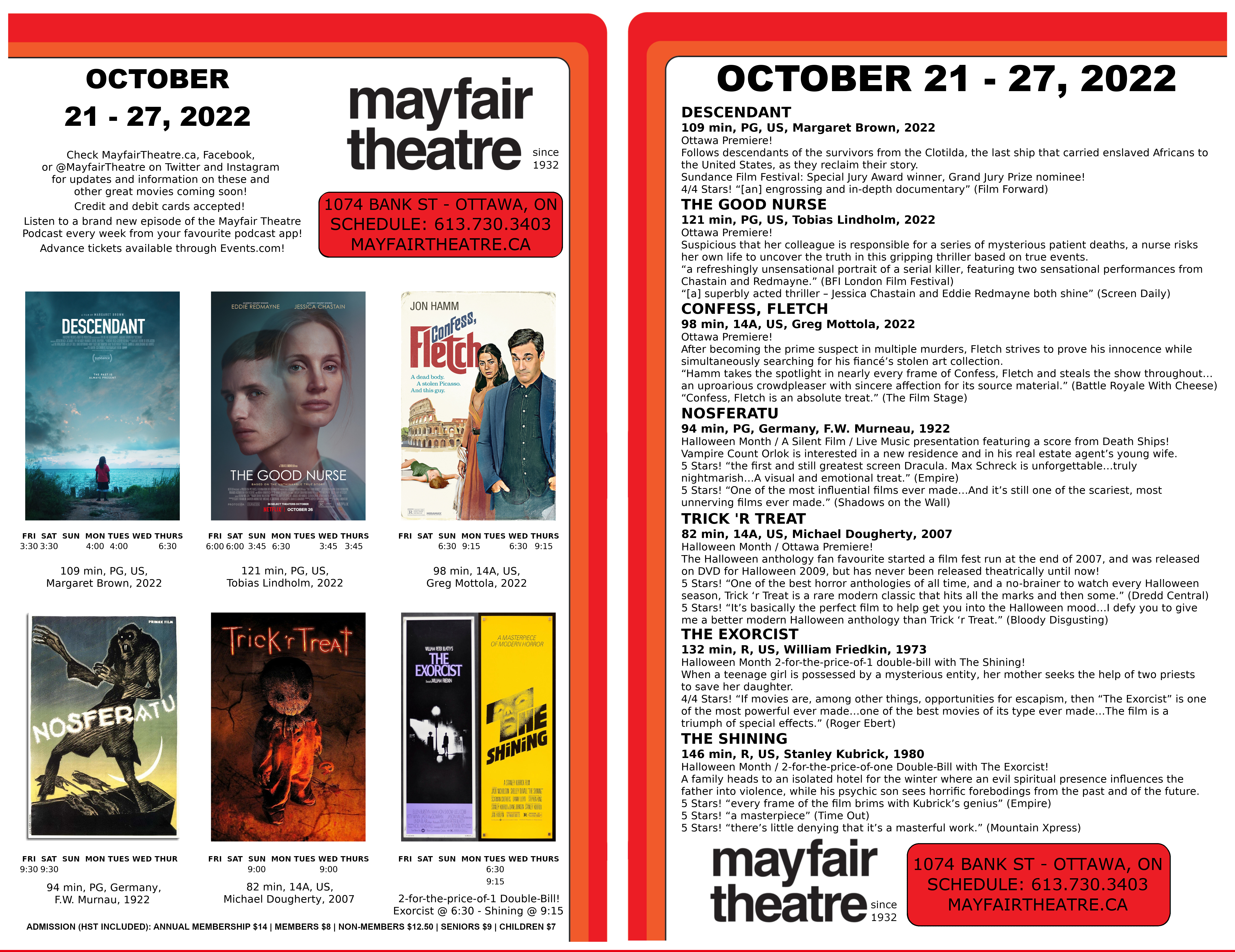