Marcel The Shell With Shoes On – 4/4 Stars! “a most unexpected and welcome movie” (Chicago Tribune)
4/4 Stars! “will make your spirit soar” (RogerEbert.com)

Speak No Evil – Ottawa Premiere! 5 Stars! “reminded me of Get Out…There’s not one moment I didn’t feel on edge” (Black Girl Nerds)
Grade A! “a masterly work…for those willing to take the plunge, the pay-off is enormous” (Indie Wire)

Jailhouse Rock – “Elvis’ third movie is surely his best…Not only does this film have some of the best tunes in an Elvis movie, the choreography is great too.” (Austin Chronicle)
“essential viewing…a good, tough B-movie with some rockin’ musical numbers thrown in” (All Movie)

Saturday Night Sinema – Dig it! We’re back with another dose of dangerous, disreputable, not-in-distribution, secret late late cinema. What movie are we screening? We can’t tell you, but we can guarantee that you won’t be disappointed with our selection. Free Late Late Movie Screening for Members Only! 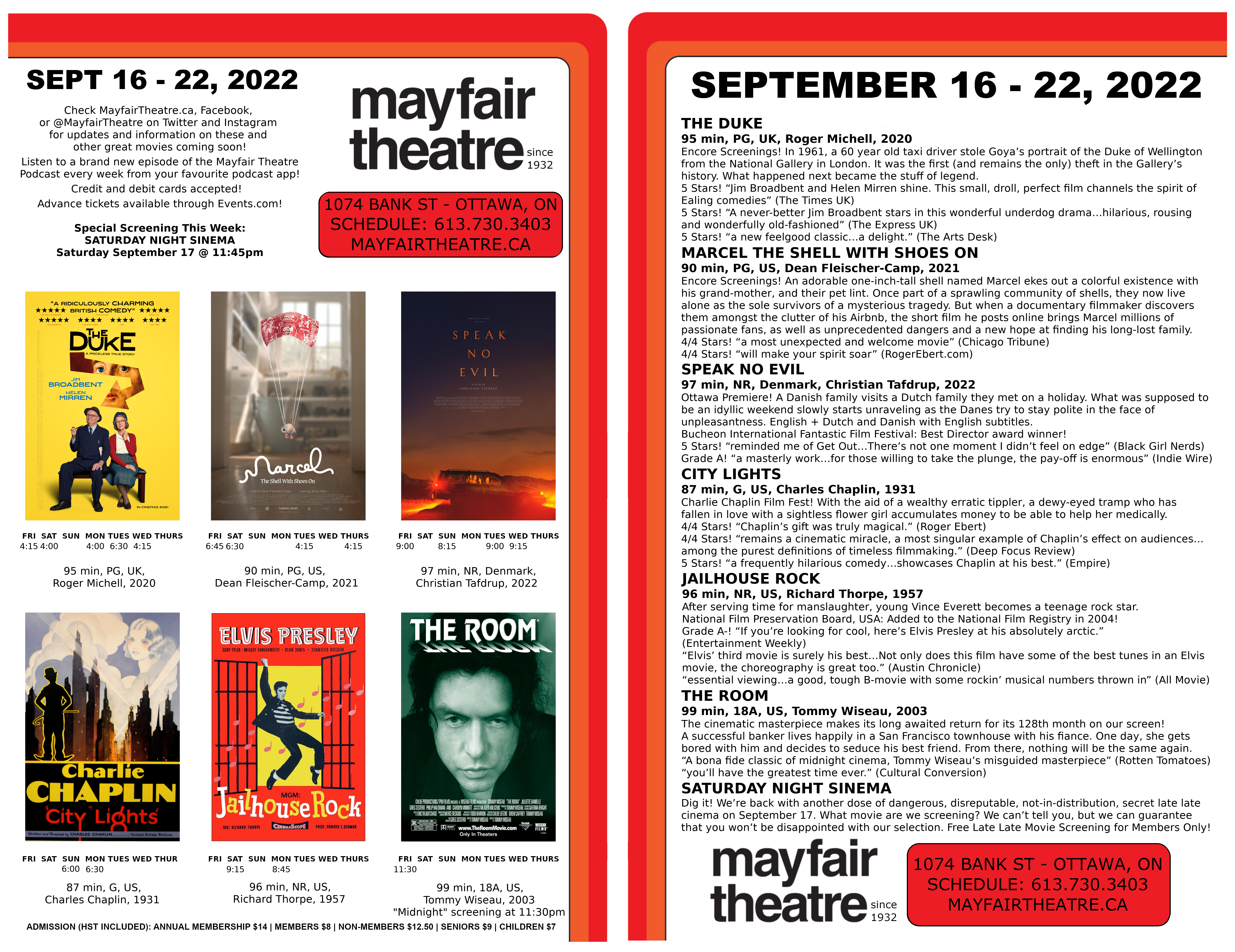