Summer of 84 – Ottawa Premiere of the latest from the creators of the Fantasia, Fright-Fest, and SXSW winner, Turbo Kid!

Incredibles 2 – Family Matinees of the latest Disney / Pixar adventure, from the director of Ratatouille, The Incredibles, and The Iron Giant!

The Best Little Whorehouse in Texas, and Deliverance – A rare chance to catch these modern classic films on the big screen, in honour of the late-great Burt Reynolds!

Plus, a pair of special single screening rental presentations: Sarah MacDougall Meets the Ghost of Beethoven, and Anote’s Ark! 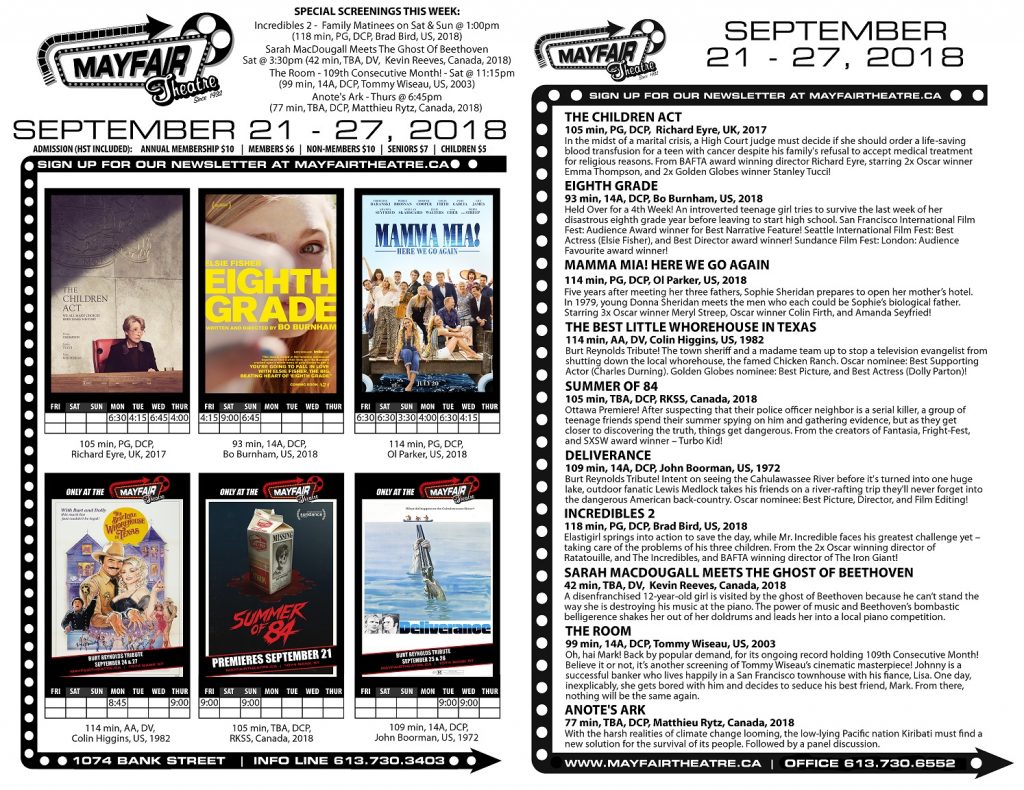