-Three Thousand Years Of Longing- 4/4 Stars! “a timeless spectacle of human understanding that’s one of the best of its kind I’ve seen in years, maybe even decades, maybe ever.” (Movie Freak)

-Viva Las Vegas- “Viva Las Vegas is the most fun, and no film kicks off with a cooler theme song blasting across the screen…keeps the pace quick and the energy high…The image is bright and cheerful, and the music is exciting.” (Combustible Celluloid)

-Hometown Mysteries: A Farmhouse Murder- A murder mystery in the Olympic qualifying horse jumping and racing world.
Tickets $10 – *This event is a rental, and tickets are cash only when purchased from the box office on September 24. Normal Mayfair prices and memberships do not apply. 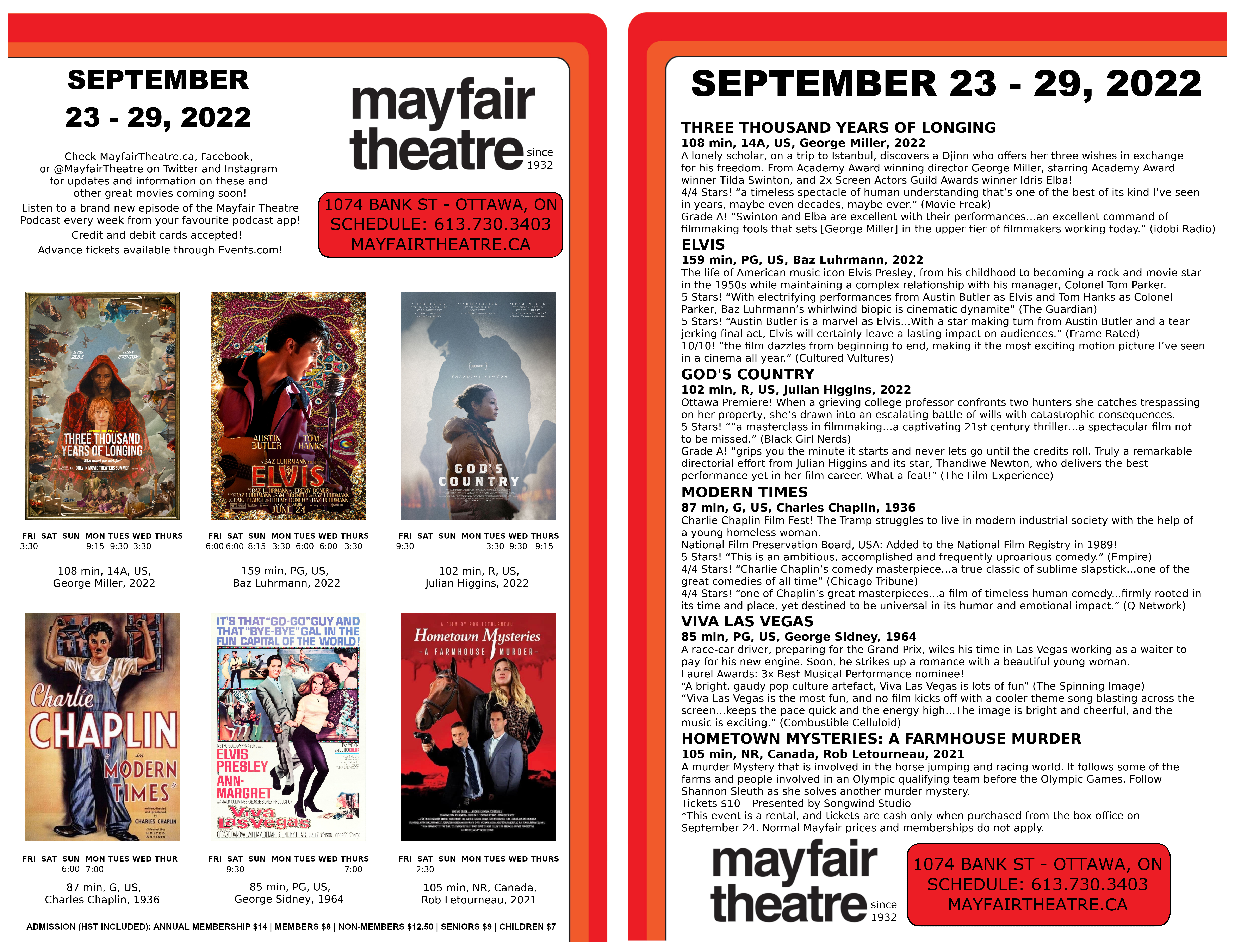