-The Personal History Of David Copperfield- From the Oscar nominated, 2x Emmy, and 7x BAFTA award winning writer/director of In The Loop, and Death Of Stalin, writer of Alan Partridge, and creator of The Thick Of It, and Veep!

-Saturday Night Sinema- Dig it! We’re back with another dose of dangerous, disreputable, not-in-distribution, top secret cinema. What are we screening? We can’t tell, but we guarantee you won’t be disappointed with our selection! A Free Screening for Members Only! 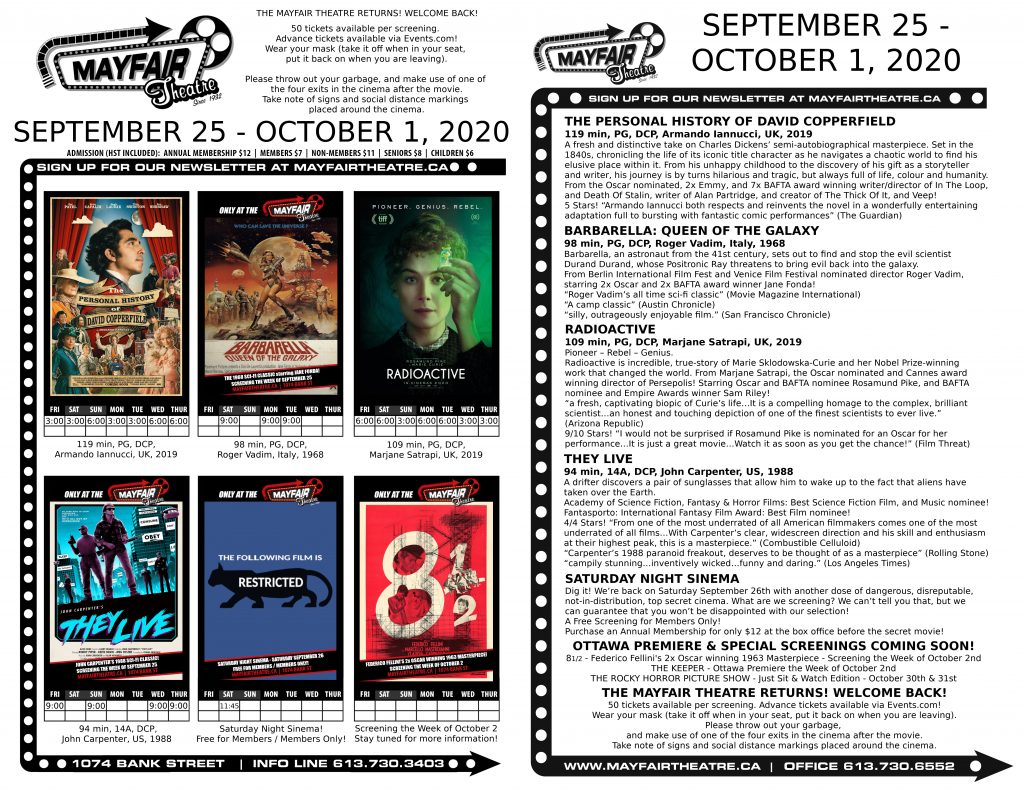