-Hallelujah: Leonard Cohen, A Journey, A Song- “my favorite doc of the year” (The Weekend Warrior)
“a great documentary” (Fantastica)
“A rousing portrait of the power of expression” (RogerEbert.com)

-Resurrection- Grade A! “features an earthquake of a central performance by Hall…she is extraordinary…This is a performance worthy of conversation for not just the next year, but the next decade. Treasure it.” (Awards Watch)

-The Man Who Shot Liberty Valance- 60th Anniversary!
4/4 Stars! “created much of the mythology of the Old West we carry in our minds…a gripping story” (Roger Ebert)
4/4 Stars! “one of the greatest Westerns ever made” (Film Frenzy)

-Saturday Night Sinema- We’re back with a dose of dangerous, disreputable, not-in-distribution, secret late late cinema! What movie are we screening? We can’t tell you, but we can guarantee that you won’t be disappointed. Free for Members / Members Only! 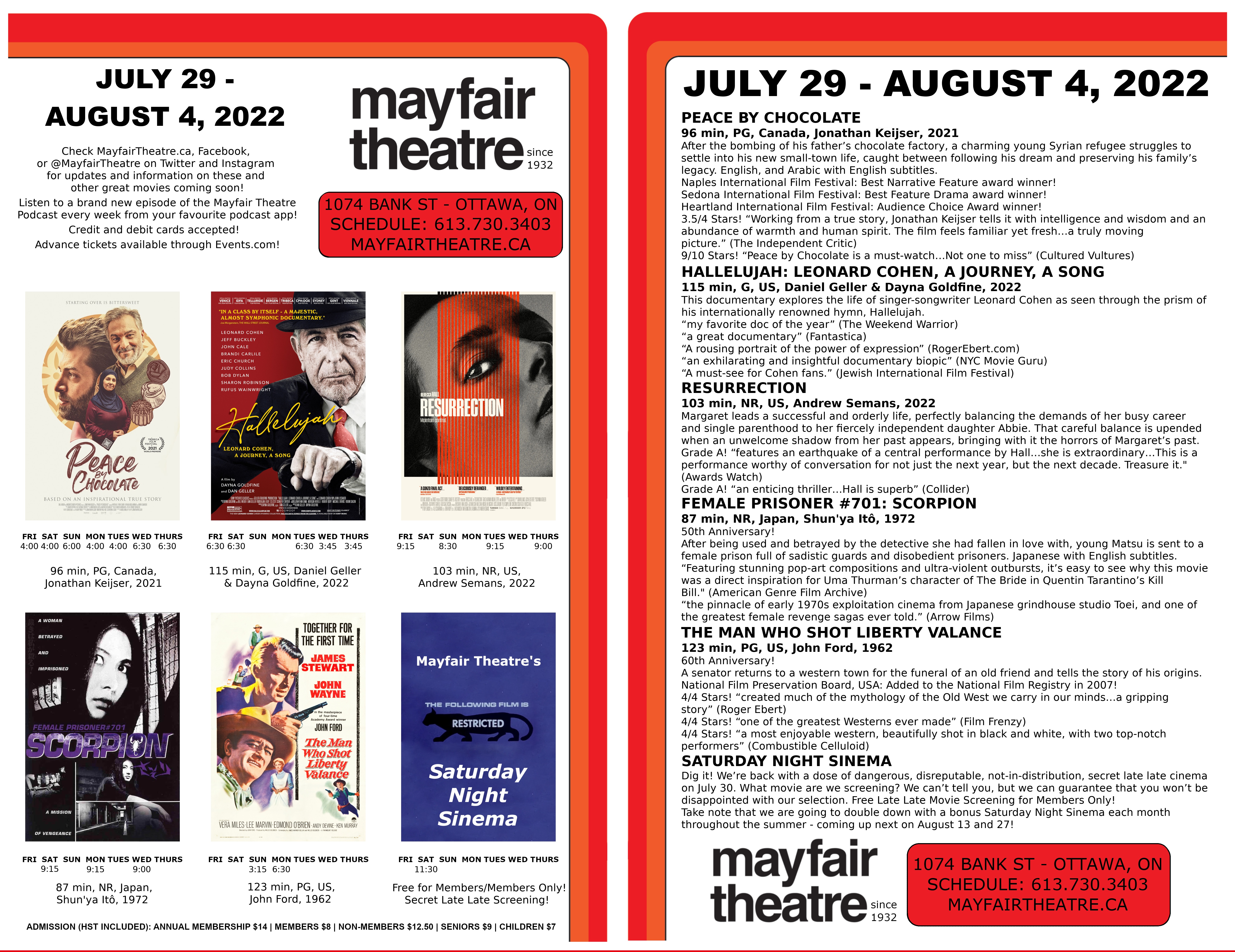 Please bring it back, I missed it!
Suzanne