Know your Mushrooms 5 Nights Only!

Mush-ru-mentary will hold your attention 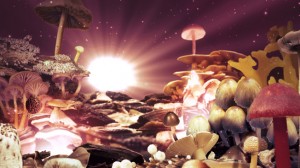 Playing at: Mayfair Theatre, through March 10

Ron Mann’s documentary Know Your Mushrooms is pretty much as advertised. Here are some of the things I learned:

The largest living organism is a fungus that is 5.5 square kilometres wide and growing.

There’s a kind of mushroom that may help prevent cancer and another kind that can sop up oil spills.

There’s a kind of mushroom that turns insects that eat it into robot mushroom slaves. An infected ant is directed to walk to a place amenable to mushroom growth. Then the mushroom sprouts out of the ant’s head.

A puffball mushroom emits balls of big spores that are a metre-and-a-half wide and roll along like rocks — you expect to see Indiana Jones running away from them — dropping trillions of little spores.

You also hear about cream of mushroom soup, a movie called Attack of the Mushroom People (“The Ogre of Death!”), the deadly mushrooms that can kill you with a single bite and, yes, those mushrooms that some people eat to become more spiritually aware or, in the experience of a fungaphile named Gary Lincoff, see their minds separate from their bodies, have a brief tour of outer space, warm up by an intergalactic fireplace, and then return to their earthly homes.

There is some theorizing that mushrooms are actually an alien life form, come to earth for purposes we will never know. There is a scene from the old Front Page Challenge show where Gordon Sinclair confronts John Allegro, an author who believes Jesus and his disciples were actually fungi. More psilocybin?

Know Your Mushrooms, then, is a fungipedia of information, both arcane and practical — although watching scenes of people preparing mushroom feasts leaves you wishing there was a recipe booklet — entertainingly put together with interviews, animated segments, old commercials, ancient training films, and a visit to the annual Telluride Mushroom Festival in Colorado, where they hope it rains on their closing parade because mushrooms like it damp.

Mann is a veteran filmmaker (Comic Book Confidential, Grass) who has an entertainingly offhand manner. You learn things from this movie, but Mann is just as interested in showing us the Attack of the Mushroom People trailer or black-and-white footage of an old Alice and Wonderland movie to illustrate how mushrooms have invaded popular culture. Alice ate a piece of Fly Agaric mushroom to get big and another piece to get small, and no further comment is offered or needed.

Indeed, this is a movie that persuades you, in a brief 73 minutes, that mushrooms are the bedrock of all biology, learning, enlightenment, and culinary endeavour. The Telluride Mushroom Festival is a perfect backbone for the story, and Mann has enlisted two fine guides. One is Lincoff, who is author of the Audubon guide to mushrooms and who’s obsessed enough to inhabit the outer reaches of mycology — places where Santa Claus and his reindeer are possibly part of the Fly Agaric experience — but knowledgeable enough that you take him seriously. The other is Larry Evans, a greying, wiry guy and lifelong mushroom-hunter who travels the world in an old jalopy, looking for interesting fungi.

He found them too: mushrooms that look like umbrellas, ones that spread out like pink fronds, alarmingly phallic ones that are shown growing larger in R-rated, time-lapse photography. There are fungi among us, man, and they’re also pretty good on pizza.