Pleasure – Ottawa Premiere!
4/4 Stars! “a masterful feature that has gotten people talking. Without a doubt, Ninja Thyberg is someone to watch out for and give all the money to, for all the projects.” (Movie Jawn)

-Saturday Night Sinema- Dig it! We’re back with a dose of dangerous, disreputable, not-in-distribution, secret cinema. Free Late Late Movie Screening for Members Only! Purchase an Annual Membership for only $14 at the box office before the movie! 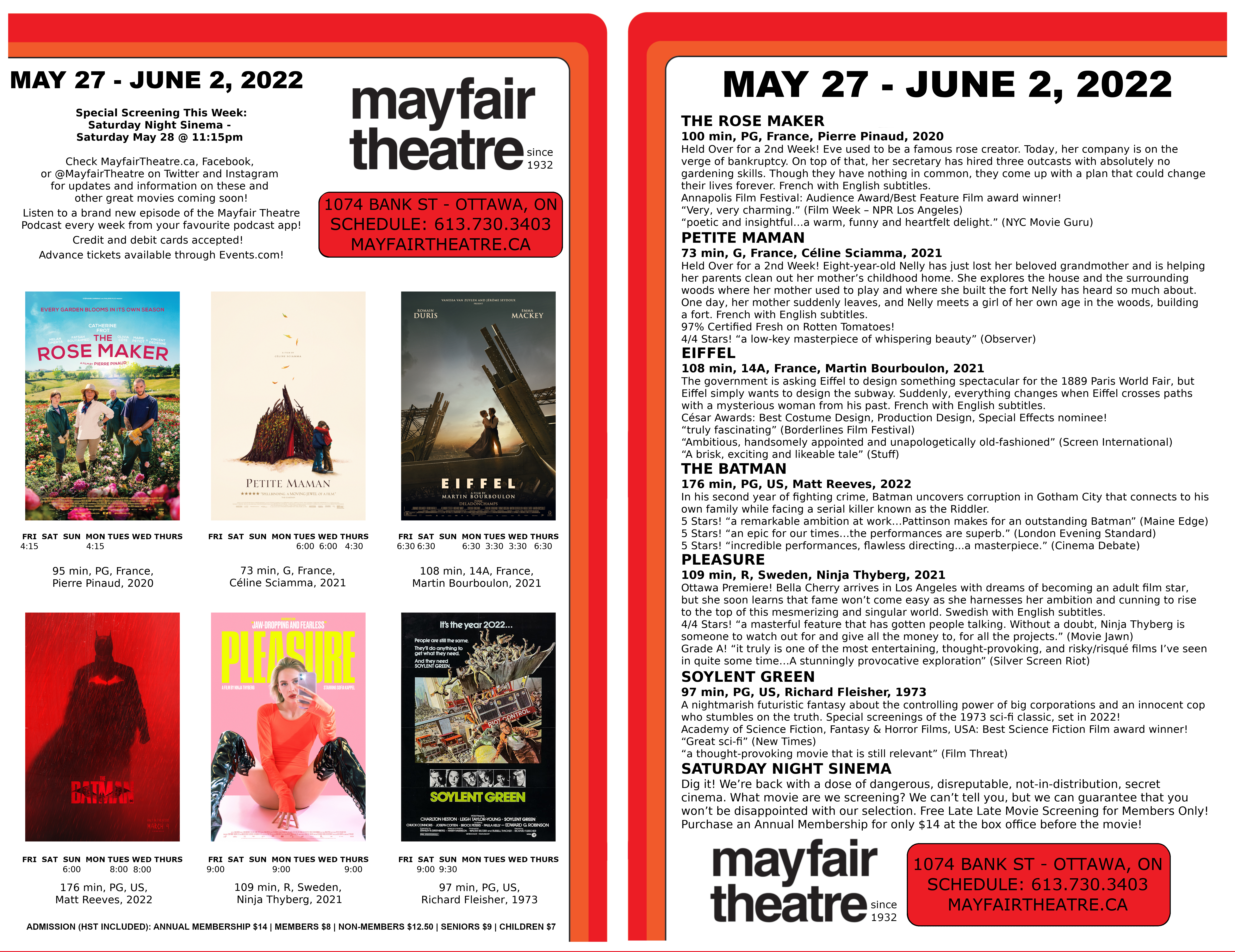