A Fistful Of Dollars

In his own way he is perhaps, the most dangerous man who ever lived! 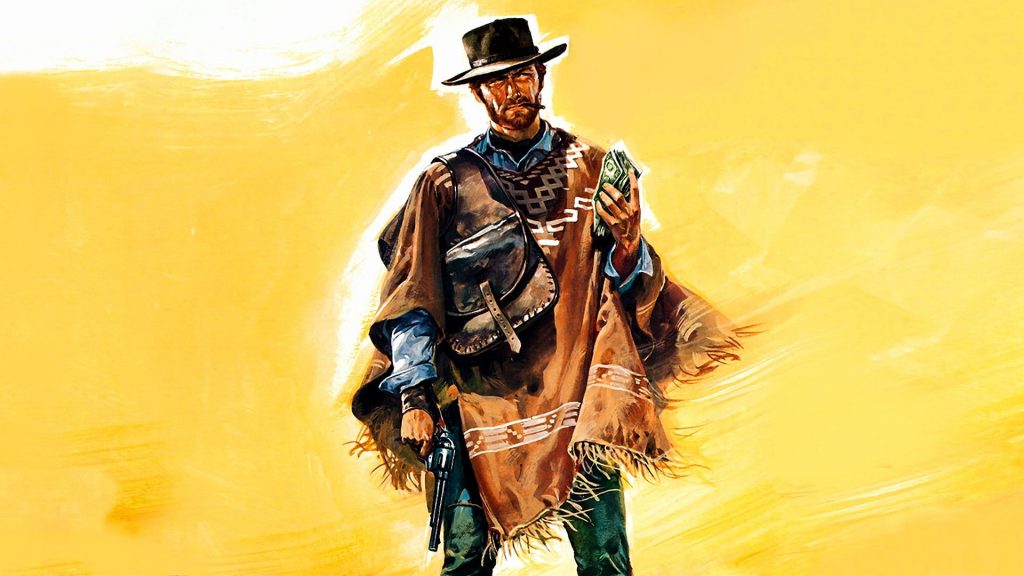 A Fistful Of Dollars – The Man With No Name Trilogy part 1 – Screening August 7th, 9th, and 10th!

The Man With No Name enters the Mexican village of San Miguel in the midst of a power struggle among the three Rojo brothers and sheriff John Baxter. When a regiment of Mexican soldiers bearing gold intended to pay for new weapons is waylaid by the Rojo brothers, the stranger inserts himself into the middle of the long-simmering battle, selling false information to both sides for his own benefit.

98% All Critics / 100% Top Critics Certified Fresh! “With Akira Kurosawa’s Yojimbo as his template, Sergio Leone’s A Fistful of Dollars helped define a new era for the Western and usher in its most iconic star, Clint Eastwood.” (Rotten Tomatoes)

5 Stars! “The film that made Clint Eastwood a star and legend…A Fistful of Dollars has a cult, comic-book intensity. It is the punk rock of westerns.” (The Guardian)

5 Stars! “The first of Sergio Leone’s masterful Spaghetti Westerns is by definition a landmark — it invented a whole damn sub-genre, set Clint Eastwood upon the road to superstardom, and managed something impossible: it rejuvenated the ailing Western. In short, it was like the arrival of punk rock.” (Empire)

4/4 Stars! “A Fistful of Dollars feels as if it hasn’t aged a day since its initial release in 1964. The film’s opening credits sequence is more vigorous and exciting than most entire modern movies…would inspire an entire canon of action mythmaking” (Slant)

Catch the complete Man With No Name Trilogy throughout August!