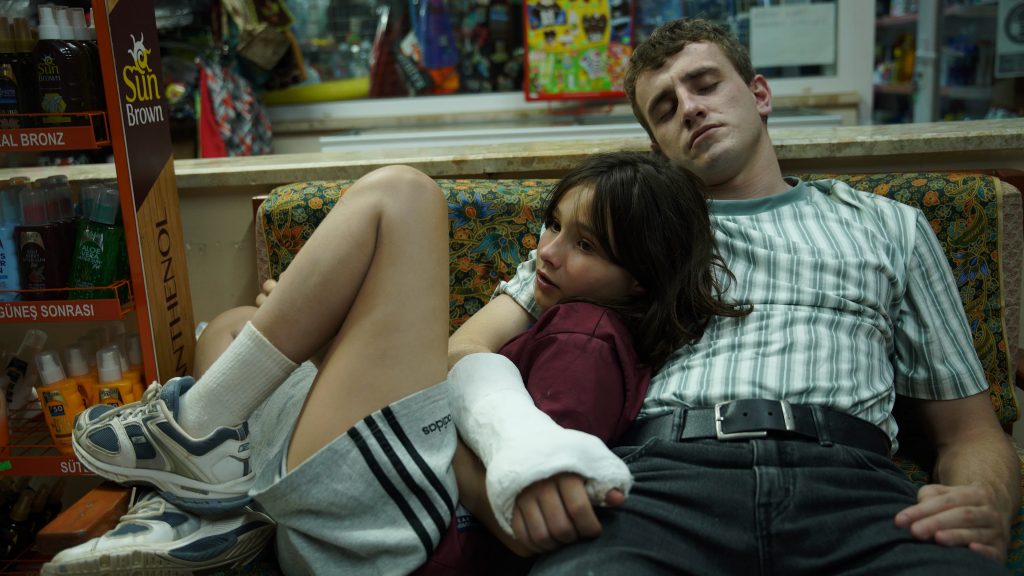 Advance tickets now available for the 3rd Week of Aftersun!

Sophie reflects on the shared joy and private melancholy of a holiday she took with her father twenty years earlier. Memories real and imagined fill the gaps between as she tries to reconcile the father she knew with the man she didn’t.

96% All Critics / 100% Top Critics Certified Fresh! “Led by Frankie Corio’s tremendous performance, Aftersun deftly ushers audiences to the intersection between our memories of loved ones and who they really are.” (Rotten Tomatoes)

5 Stars! “Wells’ debut is a frankly astonishing work which will leave a lasting impression….The performances are extraordinary” (Cinevue)

5 Stars! “a brilliant performance by young Francesca Corio” (The Guardian)

11-year-old Sophie takes a summer vacation to Turkey with her loving and idealistic father, Calum. Twenty years later, she reminisces about the experience and reflects on their relationship – and the parts of him she wasn't able to know.
© 2023 Mayfair Theatre
Site by 3VL INC.