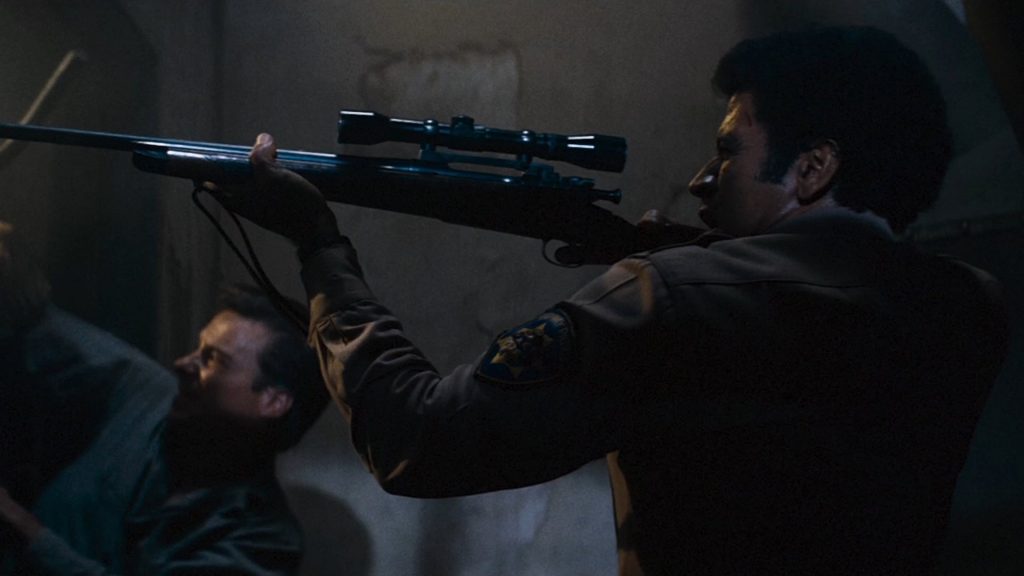 An unlikely partnership between a Highway Patrol Officer, two criminals and a station secretary is formed to defend a defunct Los Angeles precinct office against a siege by a bloodthirsty street gang.

Grade: A+! “John Carpenter’s mastery of hard-boiled genre tropes…is nothing short of one for the ages.” (The Projection Booth)

4/4 Stars! “one of the most remarkably composed films of all time” (Slant)

5 Stars! “a vital moment in the career of one of cinema’s most important directors, and a searingly tense thriller in its own right, Assault on Precinct 13 is essential viewing.” (CineVue)

iCal
gCal
The lone inhabitants of an abandoned police station are under attack by the overwhelming numbers of a seemingly unstoppable street gang.
© 2023 Mayfair Theatre
Site by 3VL INC.